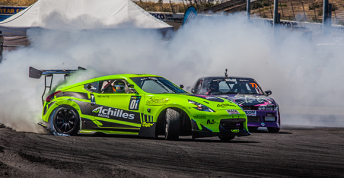 The move comes as CAMS acknowledges that it has worked on strengthening ties within the drifting community.

CAMS chief executive Eugene Arocca said it was a ‘big step’ forward ahead of the first event of the ADGP season at Calder Park from September 5-6.

“Drifting is a huge and growing segment of Australian motor sport and we have been working hard to increase our involvement in the drift community so we can assist its development as an exciting, safe and sustainable form of motor sport.

ADGP Competition Director Brett Wilkinson said an expansion overseas means an association with an FIA sanctioned body such as CAMS was vital.

In addition to ADGP’s National Drift and state-based Driftkhana series, several events in Asia have been scheduled.

“With our expansion overseas working with an FIA sanctioned body was also important to us,” Wilkinson said.

“Moving into our fifth season we continue to develop and evolve the sport of drifting within this country,” Wilkinson said.

“ADGP really set the benchmark for drifting and extreme-motor sport events in Australia and as we constantly take drifting to new heights.

“Our core aim is to introduce a new demographic to the sport we love so much in a safe, exciting environment and feel that CAMS can help us achieve that”

CAMS is represented on the FIA working group focused on the global development of drifting, which was established at a World Motor Sport Council meeting in March.