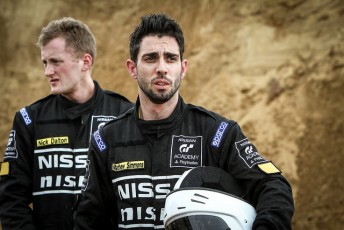 Matthew Simmons has progressed to the final day of the Nissan GT Academy competition which aims to turn a gamer into a professional racing driver.

The 26-year-old postal worker from Queensland defeated his Team Australia rivals Elliott Schutte and Nick Dalton in a sand buggy race to secure a place in the final day of the International Race Camp based at Silverstone.

A lucrative contract to join Nissan’s GT3 program is up for grabs for the eventual winner.

Simmons booked his place alongside a representative from North America, Mexico, Turkey and North Africa. 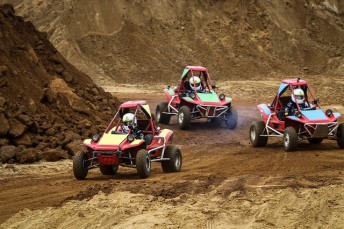 “It feels unbelievable to have won, I had a really stressful day yesterday ending up in the bottom two in gymkhana and I knew I had to deliver today,” said Simmons.

“To go out and get pole was massive and getting a quick start like I did was so vital to the race ahead, once I got in front I had no interest in looking back and it’s amazing that I’ll still be here on the final day.

“I feel for the other two but I know they’ll both give it their all tomorrow and regardless of the result there’ll be no hard feelings as we’ve become such great mates here.”

Remaining Team Australia members Schutte and Dalton will now go head-to-head in a Monster Truck race tomorrow to determine who will progress to the final day.

The final race of the Nissan GT Academy is set to begin on Wednesday at 11:30pm local time, before judges decide the overall winner.