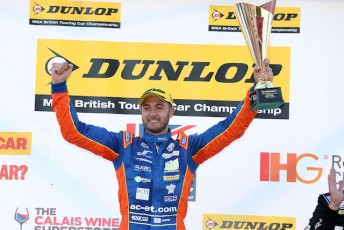 Colin Turkington made a good fist of his title defence by snaring a double in the Dunlop MSA British Touring Car Championship round at Snetterton.

“It’s been a super weekend – two wins and a solid points finish in race three have really brought me into the hunt,” Turkington said.

Jack Goff then topped off the round by securing the final reverse grid 12 lapper, to break his duck in the BTCC.

Goff was able to hold on in the end to beat Plato while Priaulx completed the podium.

“I made my best start of the year, and what a time to do it,” Goff said.

“That’s the strongest the car has felt all season, and it was a great race.

“ I could see Jason (Plato) in my mirrors and was thinking ‘of all the people to have behind me, it would be him’.” 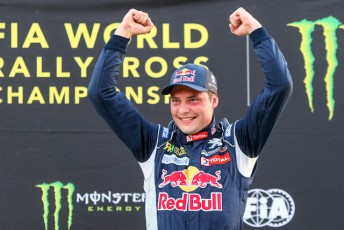 French driver Davy Jeanney has taken a lights-to-flag victory in round 7 of the FIA World Rallycross Championship in Canada.

Defending World Rallycross champion and points leader Petter Solberg failed to qualify for the final, the first time he had done so since the start of the FIA World Rallycross earlier last year.

However Solberg continues to lead the standings by 46 points.

The eighth round of the Championship in Norway is scheduled for August 22-23. Duncan Cameron and Eric Curran lead Action Express to a quinella in the United Sportscar Championship at Road America.

Christian Fittipaldi and Joao Barbosa were 14.3s back in second as the Corvette team produced the perfect result at the Elkhart Lake circuit.

Le Mans 24 Hour winner Nick Tandy and partner Patrick Pilet came from the rear to take the GTLM class in the factory Porsche 911.

Tandy’s Le Mans-winning partner Earl Bamber had commanded much of the early going before settling for second in the GTLM category with team-mate Jorg Bergmeister.

The series moves on to the Virginia International Raceway for the third last round from August 21-23.