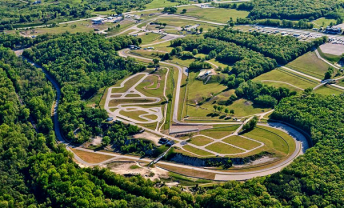 IndyCar returns to Road America in 2016

The classic Road America circuit at Elkhart Lake will return to the IndyCar series after an eight-year absence in 2016.

IndyCar will pencil the event at the 14-turn circuit back onto its calendar from June 24-26.

“We know how revered Road America is by our drivers, teams and fans and we’re confident it will be a great event on the 2016 Verizon IndyCar Series calendar,” IndyCar CEO Mark Miles said.

“This event, along with a new street race in Boston, are integral additions for 2016 as our efforts to finalise the entire schedule continue to progress.”

Outgoing IndyCar Competition and Operations boss Derrick Walker said it was a great addition to the series.

“It’s a classic road course: long, with almost every type of challenging corner.

“The track is designed to make full use of the natural terrain, which makes for great spectator locations to see the Verizon IndyCar Series at its best.”

The IndyCar series weekend will also see all three Mazda Road to Indy ladder series compete on the race weekend.

Hosting CART/Champ Car races from 1982-2007, the Wisconsin circuit has featured some of the great road course battles.