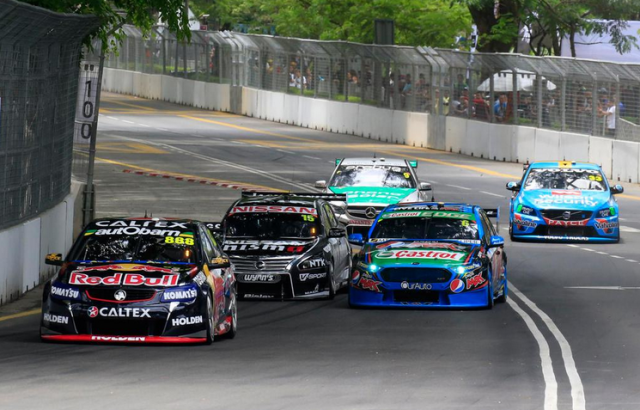 The five V8 Supercars drivers have put on an entertaining opening demonstration for local fans at the KL City GP.

Chaz Mostert led the field across the line at the end of a 20 minute, 12 lap, showcase that saw all five cars continually swap places.

Each took turns in the lead as part of the demonstration, with lap times drifting to as much as six seconds away from the qualifying pace as the entertainment unfolded.

The demo runs are taking place this year ahead of a planned full championship event in 2016.

Scott McLaughlin took the flag second, 0.6s behind Mostert, while Will Davison and Todd Kelly were third and fourth home respectively.

Craig Lowndes was also in the mix throughout until slowing with a puncture on the final lap.