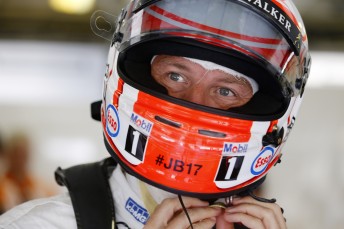 McLaren Formula 1 driver Jenson Button and his wife Jessica Michibata have been reported as victims of a shocking robbery while on holiday in the south of France.

British newspaper reports claim the pair were gassed and subsequently robbed of $450,000 worth of possessions while staying in a friends Villa in St Tropez.

It has been reported that French police believe a canister of anesthetic gas was pumped through the air conditioning vents of the building by the gang of thieves.

Michibata’s engagement ring is believed to be among the items stolen.

“Jenson, Jessica and friends were on holiday in a rented villa in St Tropez when, on Monday evening, two men broke into the property while they all slept and stole a number of items of jewellery including, most upsettingly, Jessica’s engagement ring,” a spokesman for Button told British newspaper The Guardian.

“The police have indicated that this has become a growing problem in the region, with perpetrators going so far as to gas their proposed victims through the air conditioning units before breaking in. While unharmed, everyone involved is unsurprisingly shaken by the events.”