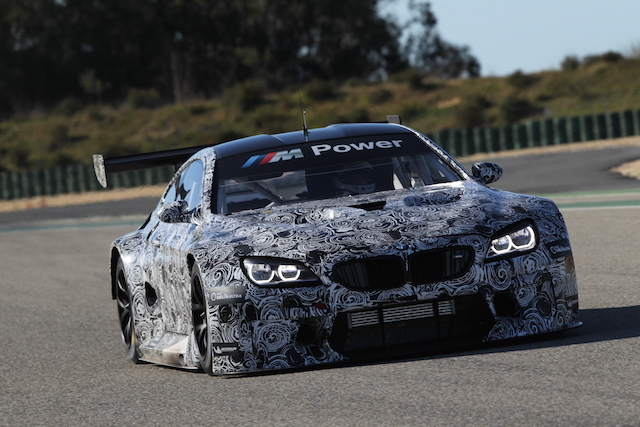 BMW will officially uncover its new M6 GT3 challenger at the Frankfurt Motor Show next month.

Successor to the ageing Z4 GT3, the German manufacturer has announced its latest GT offering will be unveiled on September 15 ahead of a planned first race next year.

BMW claims its new twin turbo 4.4 litre V8 powered GT3 challenger is its most economic yet reporting running costs which are 30 percent lower than its predecessor.

The M6 GT3, which is expected to undergo FIA Balance of Performance testing in France next month, is understood to have already attracted interest from Australian GT Championship competitors.

Customers are expected take delivery of the M6 GT3 early next year.

“We remain completely on schedule with the development of our new figurehead on the GT racing scene,” said BMW Motorsport Director Jens Marquardt.

“After all, our approach is to provide our customers with a competitive car from the word go.

“Presenting the BMW M6 GT3 in a racing design for the first time at the IAA in Frankfurt will be a special moment.”

The marque is also developing a GTE version of the M6 GT3 to compete in the United Sportscar Championship.