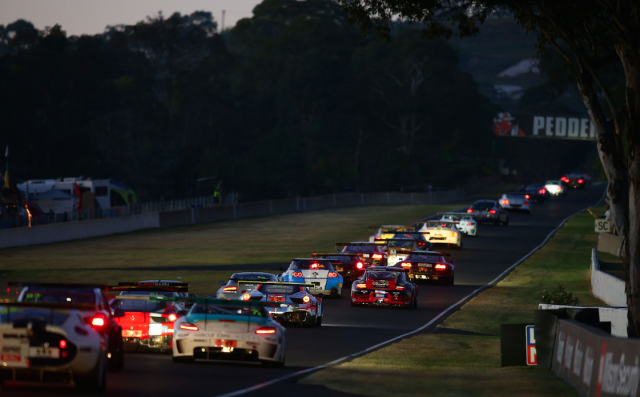 Powerful team owner Roland Dane maintains that V8 Supercars will protect the identity of the growing Bathurst 12 Hour in the wake of the takeover of the February enduro.

Dane spoke out following an undercurrent of negative responses sceptical of the true motive behind V8 Supercars buying into the event.

Currently, less than a quarter of voters on this week’s Speedcafe.com Pirtek Poll are convinced that V8 Supercars’ ownership will have a positive impact on the race.

“I’ve been a big proponent of it and encouraged V8 Supercars to get on and do it,” Dane told Speedcafe.com of the deal.

“We want to preserve the different identities of the two events, the Bathurst 1000 and the 12 Hour. We want to enhance them both.”

Dane urges that the prospects to grow the Bathurst 12 Hour to the next level remain high following the move, while also providing new revenue streams for V8 Supercars.

“It’s a very exciting future for the business as an events company, a television production company, as well as the teams being free to compete without upsetting any sensibilities along the way,” he said.

Bathurst Councillor Warren Aubin has also thrown his public support by the change, stressing that the race has outgrown its previous promoter, James O’Brien’s Yeehah Events.

“I think it’s a bonus for us, they’ve (V8 Supercars) got their tentacles far and wide and they will make it what we have envisaged, the biggest endurance race in Australia.”

“I don’t know about next year but at some point I’d love to think we would,” Dane said in reference to running cars in the 12 Hour.

“Whether I am or not it’s good for our overall business of which the teams are all a part of.

“Frankly, I was just happy to see this deal get done by V8 Supercars. It’s a much bigger picture than just one team running cars at the 12 Hour.”