Winterbottom doubles up in Ipswich sprints

Winterbottom doubles up in Ipswich sprints 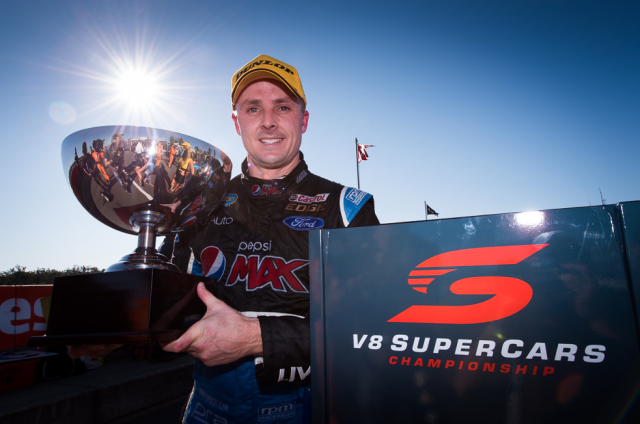 Mark Winterbottom proved a double winner on Saturday at Ipswich

Pole-sitter Lowndes kept his advantage at the first corner, but could not stop the Prodrive Ford from scything down the inside at Turn 2.

Lowndes kept the pressure on for the remainder of the 20 lap contest, but did not have enough speed to find a way around Winterbottom.

A wild moment for Lowndes on the exit of Turn 1 on the penultimate lap spelt an end to the battle, with the final winning margin 0.9s.

“I got a really, really good start but obviously Craig got a good one too,” smiled Winterbottom.

“The over under worked at Turn 1. After that my car wasn’t quite as quick as his but when you’re behind it’s all about track position.”

Lowndes admitted that he needed a significant mistake from Winterbottom in order to retake the lead, but it never came.

“We had the pace to stay with him but we made a little mistake out of Turn 1 just trying to over-commit when the tyres were fading away,” said Lowndes.

“We tried to pressure them as much as we could. He made a couple of little mistakes but not enough to get by. It’s a credit to Frosty. He’s been strong all weekend.”

As was the case in Darwin last month, the soft tyre sprint race provided distinctly less action than that seen in the earlier hard tyre heat.

Chaz Mostert completed the podium after a mid-race pass on stablemate David Reynolds, while Jamie Whincup and Todd Kelly completed the top six.

Reynolds had jumped from sixth to third with a lightning start, squeezing between Mostert and McLaughlin on the run to Turn 1.

Ash Walsh held seventh in the early stages before falling foul of a power steering failure.

Shane van Gisbergen was also on the retirements list after failing to get off the grid with an apparent driveline failure.

The striken Tekno Holden triggered a Safety Car, but not before contact between Lee Holdsworth and Nick Percat at Turn 3 caused race-ending damage to the Lucas Dumbrell Motorsport Holden.