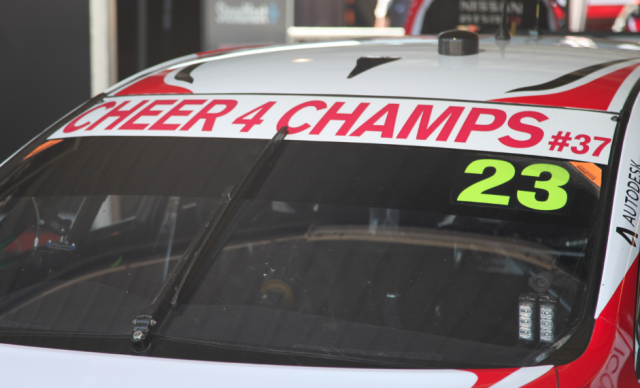 Nissan Motorsport and the V8 Supercars Championship have joined a growing chorus of support for besieged AFL star Adam Goodes.

Nissan will run a windscreen banner on Michael Caruso’s Altima reflecting support for the Sydney Swans player, who has been at the centre of a booing controversy in recent weeks.

Initially Nissan had contemplated changing Caruso’s #23 Altima to #37 in honour of Goodes’ Swans jersey, before electing to run the banner.

The category managers themselves will push messages of support for Goodes through the live Fox Sports broadcast of the Coates Hire Super Sprint meeting at Queensland Raceway.

An image of Goodes’ jersey will be seen on the coverage during the 200km Sunday race.

V8 Supercars chief executive James Warburton acknowledged that the Goodes affair had divided the public but he wanted to show support for the former Australian of the Year.