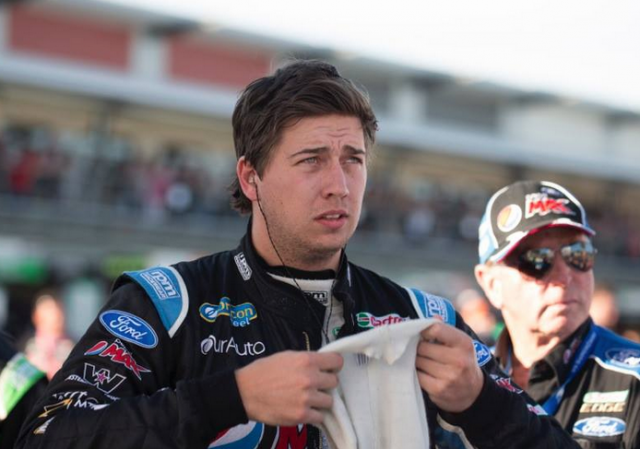 The team has confirmed via a media release today that it and Mostert “agreed to tear up” an existing deal “in favour of a new longer term contract”.

Prodrive announced in May that it had taken up a two-year option on Mostert, extending his tenure with the team though until the end of 2017.

The option, of which Mostert had no say over, had been written into the previous agreement between the two parties, signed in late 2013.

Doubt over Mostert’s future subsequently arose when the driver’s management proceeded to shop the 23-year-old around to other teams despite the option having been activated.

While no rival squads took up the legal challenge of prizing Mostert out of the deal, the new agreement with Prodrive is understood to provide more appealing financial terms to the driver.

“I am super-pumped to keep the consistency going with the team and this new deal is me repaying the faith they’ve shown in me over the last few years,” Mostert said in a statement.

“I’ve had a great relationship with everyone at Prodrive Racing since I joined them back in the Dunlop Series days.

“It is the people that make the team so great. There are so many people that have been there for a long time and have a lot of experience, so to continue with them is important.

“Obviously our overall package is performing very well so I want to keep the form going for years to come.

“However, my immediate focus is on continuing our great year – we want the team title and the driver title so hopefully as a team we can get both.”

Prodrive team principal Tim Edwards added his pleasure at having both Mostert and team-mate Mark Winterbottom under long-term deals.

“Everyone at the team is very happy to have Chaz staying with us for at least the next few years as he’s grown up with us over the last four years and we all want to continue our successful partnership,” Edwards said.

“We had him for another couple of years still under his previous agreement but both parties agreed we were committed for the long-term and this new two-plus-two year deal works well for everyone involved.

“With Mark signed through until at least 2018 we have a secure driver line-up with two of the best out there.

“That gives a lot of confidence to our team and aids with attracting new investment, retaining our current partners and also future recruiting. I am pretty sure our loyal fans will like it too.”