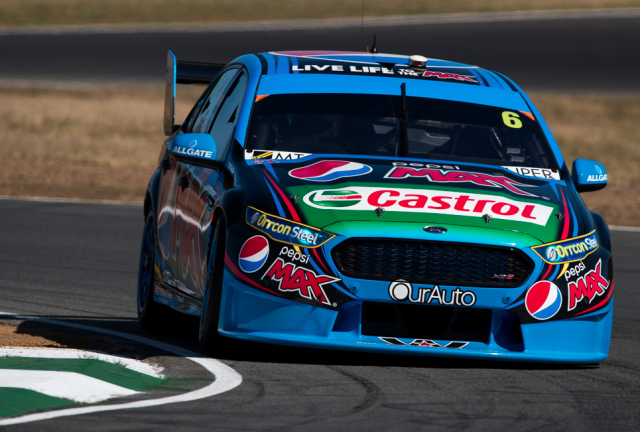 Chaz Mostert remained at the top of the V8 Supercars pecking order in final practice at the Coates Hire Ipswich Super Sprint.

The Pepsi Max Ford driver clocked a best of 1:09.56s in the final 15 minute practice hit-out, which saw a mix of pre-marked hard and soft tyres.

A late lap from Todd Kelly put the Jayco Nissan just 0.04s adrift in second ahead of Scott McLaughlin, David Reynolds, Will Davison and Andre Heimgartner.

The Nissans of Michael Caruso, Rick Kelly and James Moffat filled sixth through ninth, despite Moffat’s session being disrupted by a rear wing problem.

Moffat was pitched off the road at Turn 3 when the wing’s main plane detached from its right-side endplate.

The second-generation driver was able to continue back to the pits, returning to the track shortly afterwards with the issue resolved.

James Courtney was less fortunate, taking no further part in the session after a problem with his Holden Racing Team Commodore on its out lap.

“It broke an oil line, so there’s no engine drama which is good and I switched it off pretty much straight away anyway,” said Courtney.

“It’s not the way you want to start the day but it’s better that it happens now, rather than in qualifying.

“It’s a shame we didn’t get to run the set-up changes that we made overnight, so we’ll go into qualifying a little bit blind.” 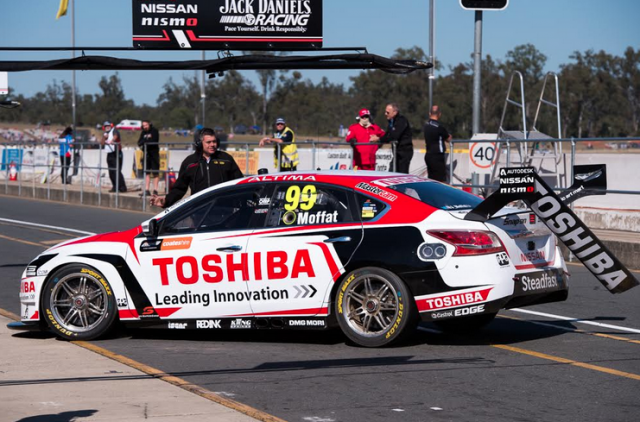 James Moffat endured a wild moment with this wing failure