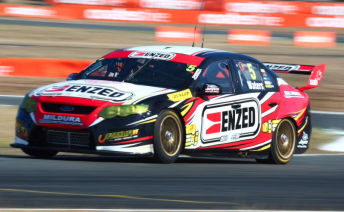 Waters topped both sessions at the Ipswich track with his new record 1:10.69s effort arriving in the final minutes of the second hit-out.

However, the second session was brought to a dramatic climax when Morris’ Ford Falcon became engulfed with flames as the chequered flag flew. 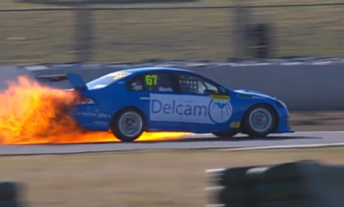 Morris appeared to lock up on the entry to Turn 6 shortly before flames began to erupt from the rear of the car.

The V8 Supercar veteran managed to bring the car back to the pits where the fire was extinguished as he evacuated the car.

Brad Jones Racing duo of Macauley Jones and Andrew Jones both ran wide at Turn 6 shortly after the incident.

Todd Hazelwood had held the top spot in the final practice session before ending up in fourth position.