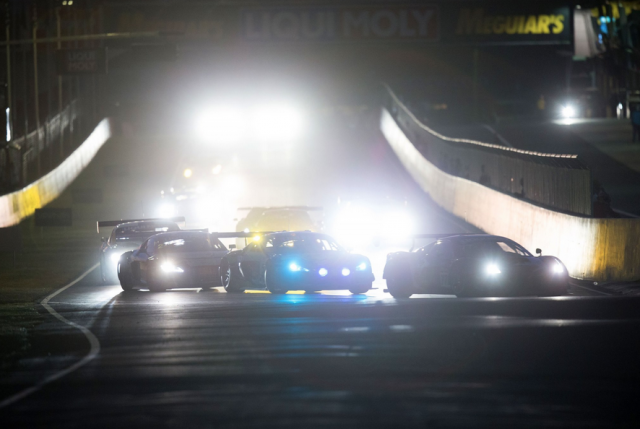 V8 Supercars drivers are wasting no time in their pursuit of prized seats in the Bathurst 12 Hour following confirmation of the event’s ownership change.

The touring car drivers are the clear winners in V8 Supercars’ takeover of the 12 Hour, from which the full consequences are yet to be borne out.

As forecasted earlier this month, the buyout is a sensational twist to the previously strained relationship between the parties, which saw V8 Supercars controversially move to stop its drivers from competing in the GT race this year.

While the tempestuous recent history has had many sceptical of V8 Supercars’ motives, the deal has been officially touted as a boost for the race due to the resources of the category’s events arm.

Supercars Events currently promotes 10 of the 14 V8 Supercars Championship race meetings and, along with the television department, has been targeted as a growth area for the business.

“I think it’s a good step,” says Nissan Motorsport’s Rick Kelly, who missed out on a seat in Nissan’s winning GT-R this year due to V8 Supercars’ compulsory pre-season test.

“As far as motorsport goes in Australia V8 Supercars is leaps and bounds in front of everything else, including on the commercial side.

“The only other (Australian motorsport) asset that was really interesting and exciting was the 12 Hour.

“For me I obviously competed in it once with the Nismo team and I would absolutely love to do it again if I could do it along the lines of what we did last time (2014).”

Nissan is yet to confirm its return to the 12 Hour, having scaled back this year’s effort from a planned two cars to one amid the V8 Supercars date clash debacle.

The company’s Australian boss Richard Emery is expected to meet with V8 Supercars at Queensland Raceway this weekend to discuss the latest developments.

While the likes of 2014 Bathurst 12 Hour stars Kelly, Craig Lowndes, Shane van Gisbergen and Will Davison are all logical candidates to return to the race, next year will also afford the category’s new wave of young stars the opportunity to compete.

Among them is Scott McLaughlin, who has had either clashing V8 Supercars or V8 SuperTourer commitments in each of the last two years.

“I’ve got to be mindful of the manufacturer and not upsetting Volvo, but I’d love to drive in it,” McLaughlin told Speedcafe.com.

“(Personal sponsor and Carrera Cup racer) Stephen (Grove) and I have already talked about it and if I do anything it’d be with him.

“I think a lot of the V8 drivers will do it. The ones that have in the past have certainly proven that we can be fast in those cars.”

Among a long list of others keen to suit up is Garth Tander, who has proven immensely quick in three Australian GT Championship appearances aboard Tony Quinn’s Aston Martin and McLaren machinery over the last 18 months.

“Its exciting for drivers,” he told Speedcafe.com. “The priority is and always will be V8 Supercars but having done a few GT races now I’m keen to do some more in the future.

“To measure yourself against the guys that come down from Europe is a great opportunity for us at our track in their cars.

“I was looking at 12 Hour options regardless of who promotes it, so it’s reassuring that there will definitely be no date clashes now.”

Whether V8 Supercars’ most successful driver, six-time champion Jamie Whincup, will be among those lining up for a seat however remains to be seen.

“I’ve always been interested but it’s not on my horizon at the moment,” Whincup told Speedcafe.com.

“The main goal is to get my V8 Supercar nice and quick, but I certainly wouldn’t rule it out because it’s a great event and it’ll be even better for having V8 Supercars involved.”

One with a closer eye on the consequences of the deal is Jason Bright who, as a driver and co-owner of a V8 Supercars Racing Entitlements Contract, is keen to see the move work for all parties.

Believed to be worth as much as $4 million, the buyout is a significant investment from V8 Supercars, which is in itself majority owned by private equity firm Archer Captial.

“When they take on stuff like this it has to fund itself,” Bright told Speedcafe.com.

“We don’t want to be compromising what we’ve got here to do it. I’d hate to see V8 Supercars spreading themselves too thin.

“(But) if you’ve got the right people who are able to run that and you are not robbing all the good guys out of our series then I think it’s a good thing.

“It’s in V8 Supercars interest to work with the event and make it bigger and better.”