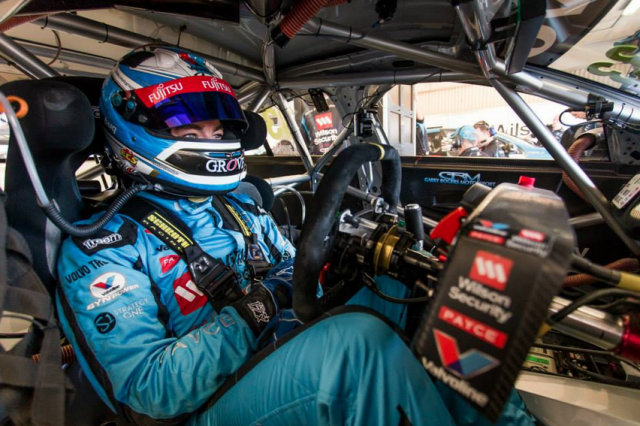 Scott McLaughlin made the most of a late run on soft tyres to set the pace in the first primary driver practice session at Queensland Raceway.

With co-driver Alexandre Premat absent, the #33 Volvo was one of just two cars to sit out the day’s opening session.

McLaughlin didn’t mess about in the 60 minute Practice 1, however, proving among the fastest on the hard tyres before cementing the top spot with 1:10.18s, eight minutes from the end.

“The car felt good on both compounds which is important with this format,” said McLaughlin.

“I’ve always liked this track, which is simple in layout but quite technical when you get out there.”

Erebus team-mates Ash Walsh and Will Davison filled second and third, while Scott Pye jumped to fourth at the chequered flag, making a quartet of cars at the top on softs.

“The car was really good but we need to keep working on it throughout the weekend,” said Walsh.

“I feel good about the session but we’re yet to see what a lot of the quick guys can do.”

Chaz Mostert ended up fifth having stuck with the hards throughout. The Pepsi Max Falcon had been at the top earlier in the session, prior to the onset of the soft rubber.

The Red Bull Holdens were both down the order, with Jamie Whincup 13th and Craig Lowndes 16th.

Practice 1 was devoid of serious incidents, with minor off track excursions for Garth Tander and Rick Kelly among the only notable hiccups.