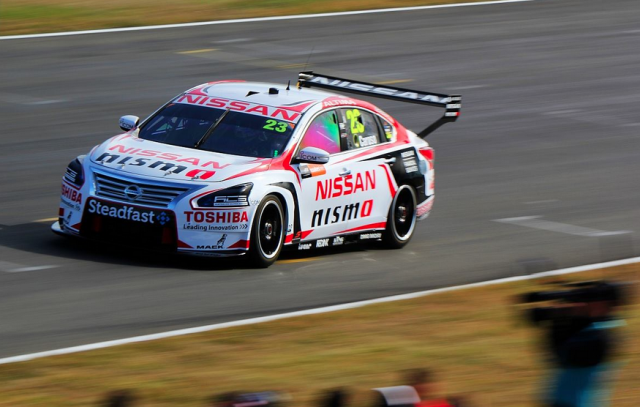 Dean Fiore edged out Dean Canto for the fastest time in co-driver practice at Queensland Raceway.

The #23 Nissan and #55 Ford traded the top spot through the 30 minutes, before a 1:10.49s from Fiore in the closing stages proved unbeatable.

Canto was the only driver to run the soft rubber during the session, which saw teams restricted to just one set of tyres per car.

“It was good,” smiled Fiore after clocking 18 laps.

“We had a small program to work through and we got through it. The car is in good nick and it was good fun

“The team has something to build on from here and hopefully what I found works for Michael (Caruso), because it doesn’t always work that way.”

Russell completed a single lap in the #7 Nissan at the start of the session, which is without its co-driver, Brit Alex Buncombe.

Marcos Ambrose declared himself pleased with the session after clocking eighth, 0.6s from the pace-setting Fiore.