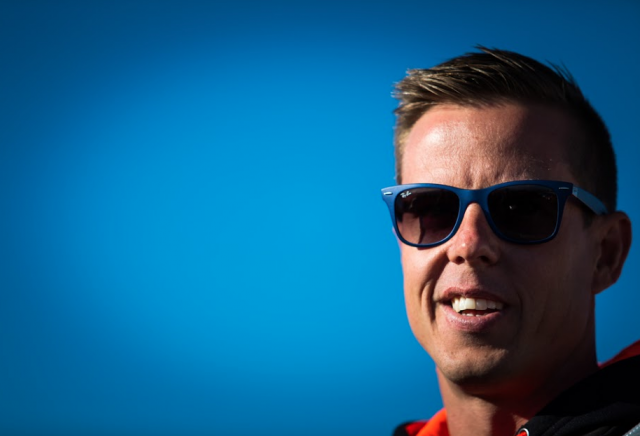 James Courtney must improve his qualifying form if he is to have a shot at a second V8 Supercars title this season, the Holden Racing Team star admits.

Courtney sits sixth in the standings ahead of this weekend’s Coates Hire Ipswich Super Sprint, 290 points behind leader Mark Winterbottom.

The 2010 champion finished second in the most recent race at Townsville earlier this month, fighting through from a lacklustre 16th on the grid.

Courtney has failed to qualify inside the top five in 11 of the last 12 races, recording an average starting position across the period of just 9.8.

The struggle comes against a mighty run from Prodrive, which has repeatedly swept the top places in qualifying at recent meetings.

“The biggest thing we have to work on to put us back in the championship hunt is qualifying,” said Courtney ahead of Ipswich.

“At the moment we seem to have either a good qualifying car or a good race car.

“Clipsal is the only place we have managed to nail both and we got a pole and a win. So between the races we have really been focusing on that.

“We’ve been struggling to get a lot of feeling from the tyre on that one lap,” he continued.

“I require a lot of feeling through the steering wheel when I’m pushing for a good qualifying lap and I need as much information coming back through the wheel as I can.

“We’ve been struggling with getting the amount of information for me to get the performance I want.”

Courtney started the year with four podiums from the opening five races, but did not see the rostrum again until the Sunday race in Townsville.

He is the reigning Sunday winner at Queensland Raceway, taking out the 200km encounter after recording fifth and 10th place results in the Saturday sprints.

“We typically have been quite good in the long races so Sunday should be ok, it’s just more so managing the 60/60 on Saturday,” he added.

“We will have to work on really getting a good qualifying car so we can maximise that race on Saturday.”