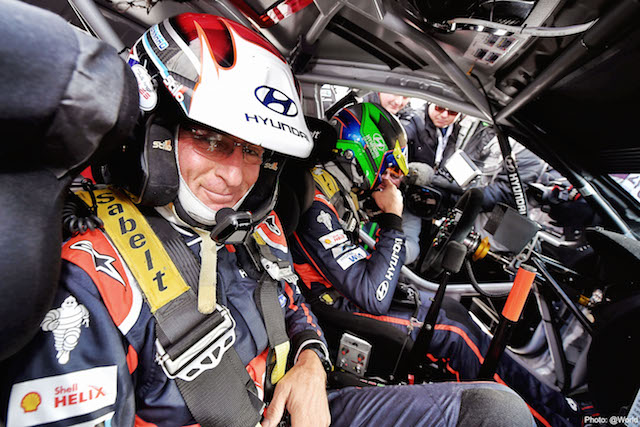 John Kennard will celebrate his 50th WRC start and 30 years since his debut in the championship in Finland this weekend. pic: @tWorld

The outing will signify 30 years since Kennard first took to the WRC while it will also double as his 50th start on the world championship rallying stage.

Kennard will attempt to guide fellow Kiwi and long-time team-mate Hayden Paddon for another solid result in their i20 WRC for the Hyundai Motorsport satellite N team in Finland.

The co-owner of a vineyard in the celebrated Marlborough region at the top of New Zealand’s South Island, Kennard has seen the #20 lead the Hyundai team at the previous two WRC events.

Rally Finland is where it all began for Kennard in the mid 1980s after he was thrown in the deep end as a makeshift co-driver when driver and friend Brent Rawstron’s pace-note caller became lovesick.

“So this guy is trusting me with his car that we’re going to do the 1000 Lakes in two weeks’ time and to co-drive for him when I’d never co-driven in my life.

“That was pretty cool and we really formed our relationship which continues today as partners in Vicarage Lane Wines.”

With copied pace notes which came via a friend from the ace factory driver Henri Toivonen and helped by the luxury of open reconnaissance of the rally route for at least two weeks before, Kennard assisted Rawstron to complete the 1000 Lakes Rally as the top non-Scandinavian driver which won them some serious prize money.

“WRC events in those days were enormous,” Kennard recalls.

“Every stage was different and there were 45 or 47 of them, spread out geographically and hugely long days.

“With open recce, some drivers would have memorised some of the stages they really wanted to push on. They were incredibly different to today’s events.

“I was spending a bit of time in Europe, but also worked as the event manager for the Silver Fern Rally in 1989 when it marked the 21st anniversary of Rally New Zealand.

“Moving to the UK in 1990, I did a few events there and in Europe as a co-driver through various Kiwi connections.

“The first event I did with them was as the logistic coordinator for the ’92 Safari Rally.”

In the years when the Safari event wasn’t part of the world championship, Shinozuka and the highly successful Team Toyota Europe were the only major teams contesting it.

“One of my favourite aspects of this time was sitting in the passenger seat of the helicopter which flew about half a kilometre in front of Shinozuka on the stages – they were open roads – so I could radio any upcoming hazards like crowds, cattle or whatever to the car,” he said.

“This led to two things – I got my helicopter licence and a call from Prodrive to help the Subaru World Rally Team on the Safari in ’95.” 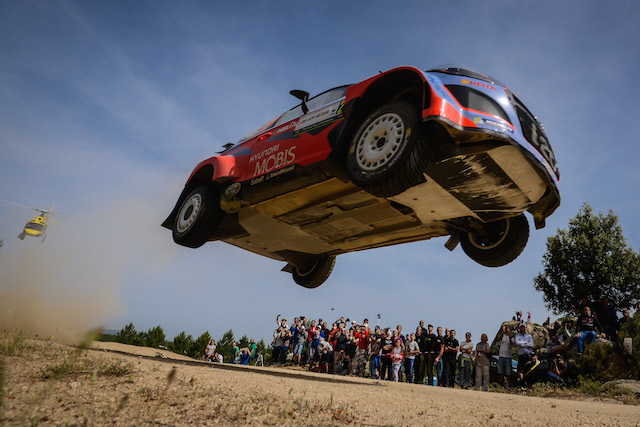 Kennard delivered the logistical know-how which Prodrive was looking for and he worked with the team on WRC and some Asia Pacific Rally Championship (APRC) events until 2000.

“There was no time for co-driving in any of the major events, just a few fun ones,” he said.

“After buying the vineyard with Brent in 2002, I had a contract with Mitsubishi UK to run a team in the US.

“That contract was meant to be for three years, but the team was so good that we won absolutely everything in the first year so the contract was terminated.

“I headed back to the vineyard and with Brent bringing European drivers in for the Classic Rally of Otago in his BSA, I kept up that link to rallying helping with these projects.

“Then at the end of 2005 Hayden (Paddon) and his father Chris turned up.

“After some solid results in South Island rallies, Hayden was preparing to contest the New Zealand Rally Championship for the first time in 2006 and they asked if I wanted to do something with them.

“While I didn’t particularly like working with youngsters, as soon as I got in the car with Hayden, then aged 18, I realised he was different.

“I’ve been in cars testing with Carlos (Sainz) and Colin (McRae) and he reminded me of them.”

Forty-two of Kennard’s WRC starts have been alongside Paddon (the pair won the PWRC in 2011) and he is proud to have played a key role in helping the driver achieve the success he’s had to date, particularly this year’s second place at Rally Sardinia with Hyundai Motorsport.

“As long as Hayden’s happy with what we’re doing, I’ll carry on,” says the 56-year-old.

“I still love it; I love being competitive at this level and it doesn’t matter when it happens, it’s not going to be easy to retire. It’s a lifestyle you get used to – living life in approximately three week chunks around each WRC event.

“I also try and get to as many tests with the team as I can. I can base myself at our house in Finland, so there’s a lot of time away from New Zealand.”

Kennard considers Rally Finland as a ‘home’ rally given that he spends so much time in the Scandinavian country with his Finnish wife Satu Lappalainen.

“The character of the stages reminds me of some key roads like New Zealand like Kuri Bush in Otago,” he says. “It will be special to mark my 50th WRC event here.”