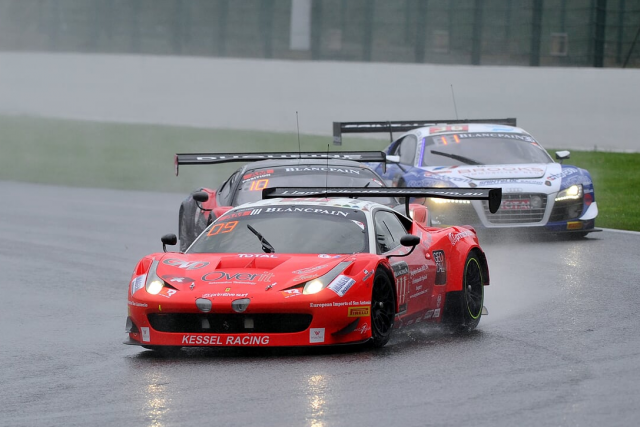 Australian GT racer Liam Talbot was placed on a drip between stints at the weekend’s 24 Hours of Spa as he struggled with illness during the gruelling endurance race.

The 33-year-old eventually finished third in the Am Class and 19th outright in the #111 Kessel Ferrari alongside co-drivers Stephen Earle and Marco Zanuttini.

Talbot, who competes in the full Blancpain Endurance Series with Kessel, says he had been ill throughout race week at the Belgian venue. 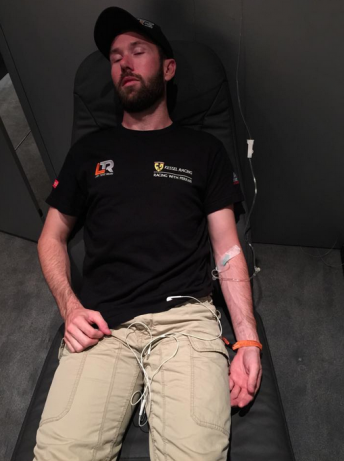 “I put my body on the line for this race,” he wrote on social media.

“I was very ill for a week leading up to the race, stuck in bed and eating next to nothing.

“(I had) no laps in practice and straight into qualifying, (where I) did a lap faster then I’ve ever been at the track with traffic unfortunately.

“My health again deteriorating and our team nurse administered a drip. To say I hate needles and injections is a massive understatement.

“As the weekend went on my health felt better, (but) unfortunately on race day I jumped in the car for my first stint and I became very ill. More needles and a drip to help so I didn’t feature in the first six hours of the race.

“From then on I double stinted in the car and pushed 110 percent with minimum rest time out of the car and we finished on the podium.”

The result was the only shining light for the Australasian contingent at Spa as Shane van Gisbergen’s McLaren and Jonathan Venter’s Aston Martin both failed to see the chequered flag.

The all-Australian Lamborghini entry of Craig Lowndes, David Russell, Steve Owen and Roger Lago had earlier been withdrawn on the eve of the event due to Lago’s Carrera Cup accident in Townsville.

CLICK HERE for more on this year’s 24 Hours of Spa.