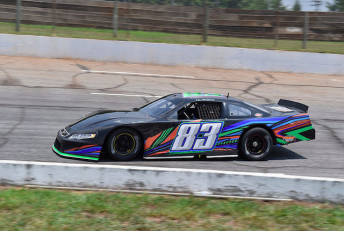 The 21-year-old was in a three-way battle for fourth behind the wheel of the #83 David Gilliland Racing machine when his hopes were dashed late in the race.

Brabham had been running inside the top 10 from the outset in the 125-lap affair before the car suffered the glitch.

A winner of the USF2000 championship in 2012 and the Pro Mazda title in 2013, Brabham won his maiden Indy Lights race last season.

His opportunities have dried up this season but is grateful of the opportunity to have a taste of NASCAR’s nursery ground.

“It was really close tough, racing out there, running by yourself does not prepare for the race,” Brabham said.

“I learned a lot and was happy with how I was going – we were pushing towards a top five finish, which I was quite impressed with as the guys I was racing against run these cars regularly.

“If I have the chance to do another race I will be much more prepared for the racing side.

“I have to say it was so much fun – I had an awesome time this weekend with the David Gilliland Racing team and I have to give a big thank-you to everyone on the team for helping me so much.”