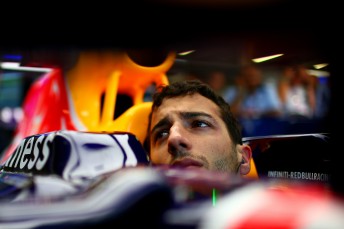 Daniel Ricciardo says his view of safety’s importance in Formula 1 has shifted following the death of Jules Bianchi.

The Red Bull driver had forged a close relationship with the Frenchman, who died last Saturday, as the pair climbed through the junior formula ranks together.

Ricciardo joined many of the current F1 drivers at Bianchi’s funeral in Nice this week and now admits to having taken safety measures for granted earlier in his career.

The 26-year-old Western Australian is however confident the sport will eliminate the chances of a repeat of the incident at last year’s Japanese Grand Prix which ultimately claimed Bianchi’s life.

“The sport had developed a lot and safety had come a long way. Along with (fatalities) not happening for a long time, you forget about it,” said Ricciardo.

“I remember even when I first got to F1, they talked about safety a lot in the GPDA (Grand Prix Drivers’ Association) meetings.

“The older drivers would pick out things around the track, like the angle of a barrier being bad if we punctured a tyre and went off there, and as a younger driver you think ‘that would never happen, let’s just get on with it and race’.

“At least now we know there’s never going to be that situation again, they’re never going to let the race go on like that in those conditions with a tractor on the track.

“We just have to keep looking ahead and make sure there’s not going to be another obstacle like that.”

The sport’s first race fatality since Ayrton Senna in 1994 has provided a sobering build-up to this weekend’s race at the Hungaroring.

Force India’s Nico Hulkenberg admitted the loss of Bianchi has alerted him to the potential dangers that face drivers.

“I think you just have to be aware of that and make your own choices at times in the car, how much risk you’re willing to take, and be comfortable with it. Yeah, I think for me, personally, it won’t change much.”

Felipe Massa agrees that the mindset of drivers during races are unlikely to change, but admitted that outside of the car he will be constantly reminded of Bianchi’s passing.

“When you close your visor, you want the best, you want to finish in front, and you want to do the best you can and manoeuvre overtaking, the way you drive, your thinking, I don’t think it will change.

“You just think about your job, your work. I don’t think that will change. But now, I have Jules all the time on my mind.”