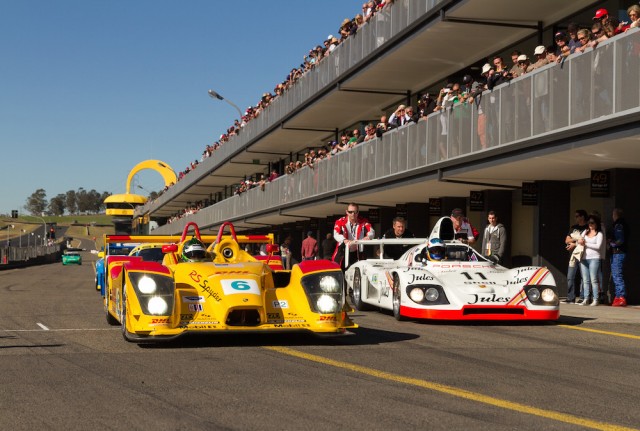 The unique Porsche Rennsport festival will return at Sydney Motorsport Park next year.

The event celebrating the German manufacturer’s racing heritage will be held for a second time at the New South Wales venue, expanding to a three day meeting from April 29- May 1.

Following on from the inaugural running in 2013, the meeting will be headlined by the Porsche Carrera Cup Australia, with the festival also featuring a vast array of vintage race cars from Porsche’s esteemed motorsport history.

The Porsche Carrera Cup round will feature the popular Pro-am format which debuted at the event in 2013 and has since been held at Phillip Island.

“There was never any doubt that we would continue the Rennsport concept in Australia,” said Porsche Cars Australia Managing Director Sam Curtis.

“It is immensely popular in North America and the inaugural Australian event was a resounding success. The popularity – both in participation and attendance – in 2013 along with the incredible feedback thereafter made our decision to repeat the event very easy.”

“Porsche’s vast motor racing heritage and popularity in Australia allows us to hold such events, something that makes us unique in the market. Rennsport is a true celebration of the Porsche brand and its motor racing pedigree – past and present.

“There will be no shortage of on and off-track entertainment at Porsche Rennsport Australia.”

Event organisers will confirm the list of historic Porsches attending the festival closer to the event.