Erebus Motorsport’s Ash Walsh is using his second rookie test of the year today to try and solve ergonomics issues that curtailed his run in Townsville.

The 27-year-old is one of the category’s few left-foot brakers and has been struggling with knee pain inside the #4 Mercedes.

The issue has become worse at recent events and forced a switch to right-foot braking during the races at the Castrol Edge Townsville 400.

Walsh’s race engineer Campbell Little says the Queensland Raceway outing has provided the opportunity to work on the cabin issues, as well as the usual experiments with car set-up.

Each V8 Supercars Championship rookie is granted two rookie tests in addition to the single private day allocated to the team.

“We’re trying a few things with the pedals and the seat so that we don’t see a repeat of the issues that he’s been having,” Little told Speedcafe.com.

“Ash effectively jumped in the car this year and has driven it how it was, so there’s a few things we can still do ergonomically to get it right.

“We had asked him to test his right-foot braking as well, but seeing that Jack (Le Brocq, Pirtek Enduro Cup co-driver) is a left-foot braker too, it’s going to be better for us to work on the car.

“Switching from one to the other can be done, but it’s very difficult for a driver once he gets to this level to change.”

Walsh is today sharing the track with the Paul Morris Motorsport and Matt Stone Racing Dunlop Series outfits ahead of the Coates Hire Ipswich Super Sprint, which will feature both classes.

The test kicked off in wet conditions this morning, with showers expected to continue throughout the day. 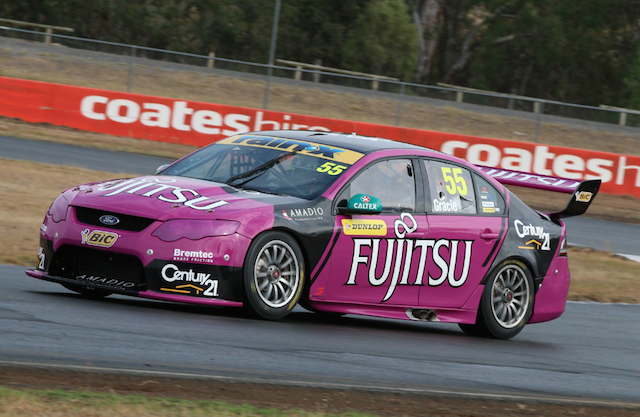 Paul Morris Motorsport’s Renee Gracie is also on track ahead of the Dunlop Series round. pic: Matthew Paul Photography 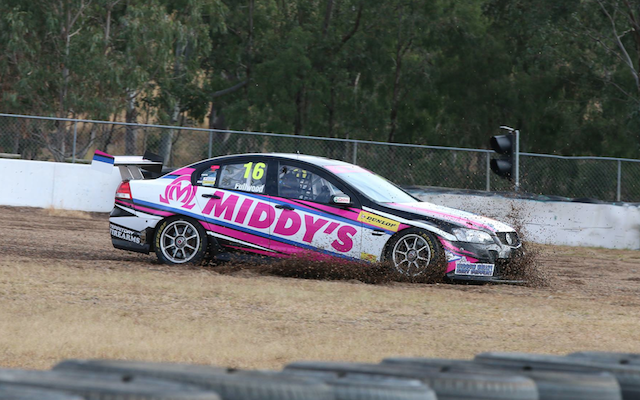 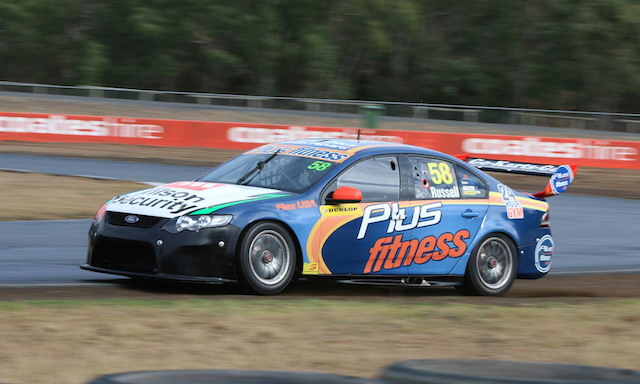