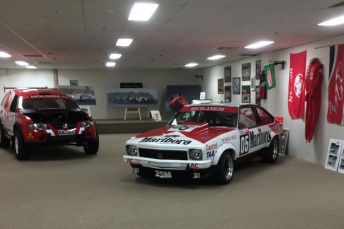 A new museum dedicated to state and national motorsport over the decades has opened in the centre of Ipswich, west of Brisbane.

The Queensland Motorsport Museum is in the process of gathering a wide-sweeping collection of exhibits from a huge floor space embracing 1600 sqm at its Ipswich City Square premises.

The museum has launched ahead of the Coates Hire Ipswich Super Sprint V8 Supercars event from July 31-August 2.

Embracing a range of eras and genres, the starting exhibits include the Holden Adventra which was built for Peter Brock to compete in the Dakar Rally before he was tragically killed.

Others include a replica of Brock’s Bathurst winning Torana A9X, a Lotus Cortina campaigned by Brian Michelmore in the ATCC, an Amos Brothers 1955 Nota Sportsman, a Lotus Clubman and an original XB GT Falcon. 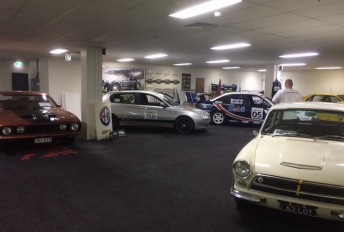 The museum is located at Ipswich City Square

They sit alongside a pair of V8 Supercar show cars from the Holden Racing Team and Kevin Waldock Racing.

“We also have a collector with a few F1 cars who is indicated interest in displaying the cars,” museum owner Ian Bone told Speedcafe.com.

“There’s a couple of V8 Supercars that are sitting down at Bowen Hills in inner city Brisbane which are are keen to add to the museum as well.

“Also we are going to add a couple of cars we helped build for Peter Champion from his collection before it moves to the Gold Coast.

“The Waldock show car had been sitting on his farm since 1994 so he said ‘if you can get rid of the snakes and have a trailer you can have it’.”

Acknowledging the museum’s survival relies heavily on the support from friends and a network of people, Bone says Australia is under-serviced in the area of dedicated motoring/motor racing museums. 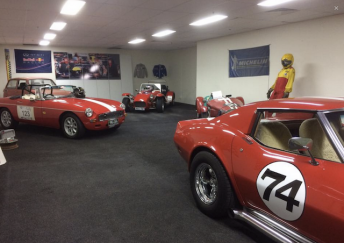 Bone hopes to grow the museum in coming years

“I’ve been trying to put this together for about 14 years,” he said.

“I’m on the executive of the Australasian Motor Museums Association and am one of the founding members and part of the initial group trying to push that.

“What’s happening is that there is a lot of guys who have had cars stashed away for a long time who are now saying they will start bringing the cars out into the open.

“There’s a lot of private collectors who get into their 70’s and 80’s and go ‘what am I going to do with that stuff?’”

The Queensland Motorsport Museum is open Wednesday to Sunday 10am-4pm and other times by appointment, including Monday and Tuesday.

Admission costs $10 for adults while children under 12 are admitted for free.