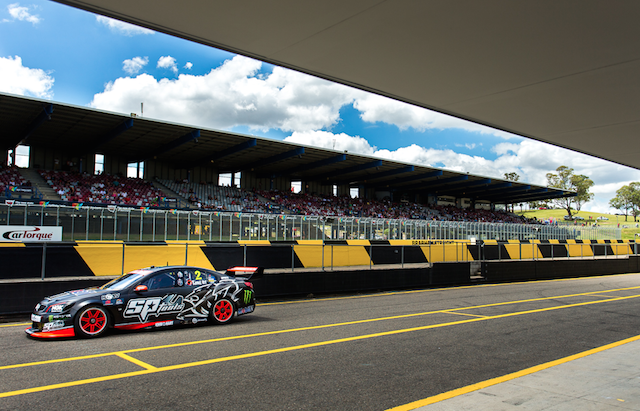 Rookies and co-drivers will be the big winners from a shake-up of V8 Supercars’ testing regulations next season if a push to increase the allocation is agreed by the Commission.

The category’s rule making body is set to debate the merits of increasing the number of test days against the associated costs, which have been long cited as the reason for the tight restrictions.

V8 Supercars CEO James Warburton has made clear that the championship will scrap its pre-season test at Sydney Motorsport Park in favour of a static media launch event.

The compulsory test currently takes up two of the three allocated test days, leaving just one private hit-out that most have chosen to save until the build-up to the Sandown 500.

While V8 Supercars increased practice session lengths this year as a trade-off for reducing test days, a lack of tyres limited the usefulness of the extra running.

Mid-season changes were subsequently made to add practice tyres and introduce dedicated practice sessions for co-drivers at two events as the category strives to strike a balance between track time and costs.

Allowing teams to purchase more tyres for testing has also been mooted as part of the yet-to-be-debated changes.

“This year it was all geared to get testing into the events, giving extra time on Friday and adding the co-driver sessions,” Warburton told Speedcafe.com.

“That was done as an attempt to take a bit of the cost out, but as the business improves (financially) it opens up the opportunity to have another look at how we go about it.”

The push for more testing comes after returnee Marcos Ambrose and newcomers Team Penske had their high profile entry into the category strangled by a lack of track time this year.

Ambrose’s situation was somewhat unique as, returning after a nine-year break, he was not afforded the two rookie test days currently available to those with new drivers.

V8 Supercars, however, is clearly keen to avoid discouraging more star drivers and international teams from entering the sport with overly restrictive rules.

In addition to Ambrose’s struggles, Team Penske president Tim Cindric has previously spoken of his reluctance to use the squad’s IndyCar stars as co-drivers due to the limited opportunities to prepare.

Teams approached by Speedcafe.com recently in Townsville about the prospect of an increase in test days meanwhile gave a mixed reaction, with all stressing the need to control costs.

Brad Jones, who sits on the Commission and runs six cars across the V8 Supercars Championship and Dunlop Series with his eponymous team, describes the scenario as a ‘fine line’.

“It’s very difficult for new people coming into the category and maybe that’s something we can look at as a group,” Jones told Speedcafe.com.

“Young guys and co-drivers definitely need kilometres. The hard thing about co-drivers is they end up on the worst tyres with no laps, so recently retired drivers command the most amount of money.

“It would be nice if we could get young guys and groom them and get them up to the point where they can step in the car, be fast and grow within the category.

Jones however admits that he’s keen for the current testing structure to stay and doesn’t believe an increase in private running would change the competitive order among teams in the championship.

“I think if we never did another lap around Winton it probably wouldn’t make much difference to our on track performance,” he said.

“Unless you’ve got something that’s a lot different to what you’re currently using, and our rules don’t allow for much of that, you go down there, go round and round and can leave with more questions than what you arrived with.”

The Commission’s discussions on testing will also need to take into account the allowance for any teams developing new engine or body packages for 2017’s Gen2 regulations.

Currently, any Accredited Manufacturer (ACM) team introducing a new model to the championship receives two additional days in which its primary drivers can test a single car.