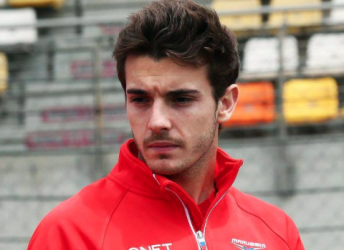 The family of Jules Bianchi has confirmed that the funeral for the Formula 1 driver will be held on Tuesday.

The 25-year-old French driver was pronounced dead on Saturday after losing his battle with severe head injuries sustained from a horrific crash at the Japanese Grand Prix nine months ago.

Bianchi’s family has announced a service will be held from 10am (local time) at Sainte Reparate Cathedral in the driver’s hometown of Nice, France.

Tributes continue to flow from around the motorsport world since the news of his death.