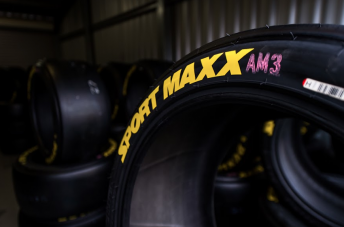 V8 Supercars will test three new tyre compounds next month as the category assesses ways it can improve the racing in 2016.

Tyres have been one of the biggest talking points of the year to date, with limited allocations and widespread use of the hard compound both widely lamented by teams and drivers.

Following a request from the V8 Supercars Commission, Dunlop currently has two revised versions of the existing soft tyre on their way to Australia ahead of a planned tyre test next month.

Both have been designed to provide similar grip to the current soft tyre but for a longer period, ensuring drivers can push hard throughout extended stints.

A third compound – a high degradation ‘super soft’ which has been sitting at Dunlop untested since midway through last year – will also be evaluated.

A location for the test is yet to be finalised after initial plans to run at Sydney Motorsport Park directly after the August 21-23 race meeting ran into scheduling constraints.

Led by technical director David Stuart, V8 Supercars plans to use a single, yet to be confirmed championship team and driver for the test, which will run over a single day.

“There’s been a lot of discussion about tyres and formats this year and the net result of that is to see what we can do with tyres to help the racing,” Stuart told Speedcafe.com.

“The drivers have all expressed that when they’re driving on a soft tyre they have confidence in the grip and feel like they’re able to attack into a corner.

“Whereas with the hard tyre they feel like they’re just hanging on and just hoping to get around if they’re side-by-side with another car.

“Ultimately if we can have more driver confidence from better grip, then that should translate to more door-handle to door-handle racing.

“The question is; do we want to have a softer tyre that has good grip for a longer period, or do we want something with a lot more grip for a shorter period and drops off so that degradation becomes part of the racing?

“Until we test the tyres we won’t know exactly what they’re like, but ultimately if we can provide more grip to the drivers we’ll provide more confidence and ultimately better racing.”

Stuart’s department will report the findings of the test back to the V8 Supercars Commission prior to the determination of formats and tyre allocations for next season.

V8 Supercars has used two tyre compounds – a hard and a soft – since the latter option was introduced in 2009.

While it appears that the bulk of the racing will take place on ‘soft’ rubber next year, the hard tyre would likely continue for Bathurst and Phillip Island.

Those two venues have been deemed unsuitable for softer compounds in the past due to the extreme loadings created by their high speed corners.