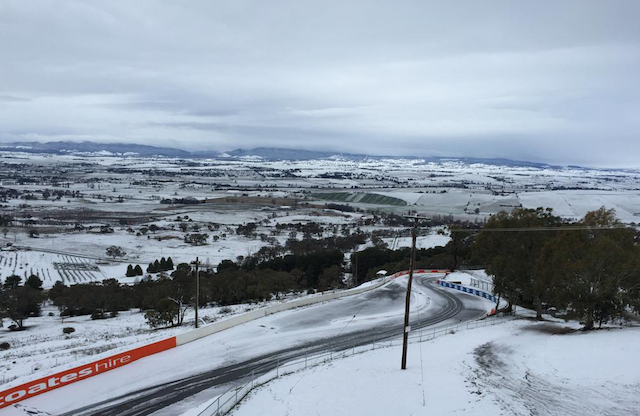 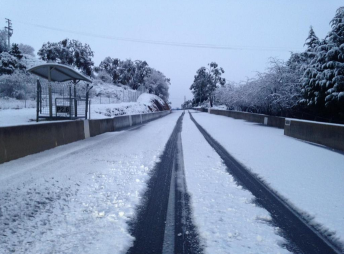 The exit of Griffins Bend covered in snow. pic: via twitter

Australia’s iconic racetrack at Bathurst has been covered in snow as the interior shivers in freezing conditions.

The extreme weather event comes as Mercedes-Benz has booked Mount Panorama this week for AMG drive event feature a number of its high performance models.

Amazing pictures have been filtering through social media channels of the circuit blanketed in a thick covering of snow.

Icy conditions has forced the closure of highways in the region with snow recorded through the Central and Northern Tablelands of NSW.

The big freeze has stretched all the way to the Queensland border with Stanthorpe receiving what is believed to be its heaviest snow falls for 30 years.