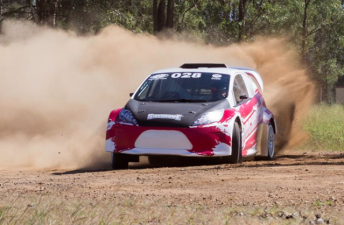 Extreme Rallycross Championship boss David Ridden will consider submitting an expression of interest in response to CAMS’ search for a promoter to run a new Australian championship.

CAMS highlighted plans to launch a new sanctioned national rallycross championship by releasing a statement earlier this week, urging candidates interested in promoting and organising the series to declare their interest.

In the wake of the announcement, Ridden says his team would be interested in submitting an expression of interest before CAMS’ August 14 deadline, if deemed beneficial to its current plans.

The championship boss says he has reached out to CAMS for support for his series prior to this recent announcement but has struggled for feedback.

“Obviously we are not here to work against CAMS, we have always tried to work with them,” Ridden told Speedcafe.com.

“They are a hard organisation to get any feedback from.

“If there is an opportunity to express interest I think what we will do is wait and see who is interested in running it and we will then decide as an organisation if we want to go down that path to be an Australian championship or not.

“It is a value equation. Is there is value in doing that and potentially having some restraints on us, or is there not? I suppose that is something we will have to look at and evaluate.

“It will be interesting we will see who sticks their hand up.

“I haven’t logged on and seen what questions they are asking but if the submission is fair and if it is something that is commercially viable then of course we would be interested.

“We are not going to do something that is not commercially viable.”

With the possibility of two national Australian rallycross championships vying for competitors in the future, Ridden remains confident about his own championship, which recently confirmed rally ace Alister McRae as its first driver.

However, he believes only one championship will survive if Australia finds itself with two nationals series.

“I’m not concerned,” he added.

“I think at the end of the day the honest truth is there is not room for two national championships we are not begin enough.

“If we decide not to put our expression of interest in or we do and CAMS decide not to go with Extreme Rallycross then time will tell who survives and who doesn’t, but in saying that it would be shame for competitors.

“At the end of the day we are there to put a show on for competitors and give them somewhere to race.”