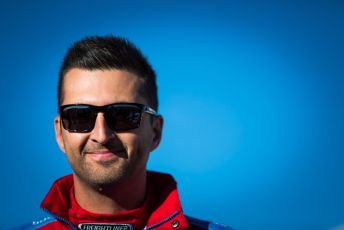 Fabian Coulthard and DJR Team Penske have emerged as the key players in what is shaping as another lengthy V8 Supercars silly season.

Currently third in the championship aboard a Brad Jones Racing Holden, Coulthard is the biggest name driver set to come off contract at the end of 2015.

The team has been trying to extend its deal with Coulthard since late last year, but the Kiwi is keeping his options open as he pushes for an increase in salary to match his recent results.

Coulthard’s career has come alive since the introduction of the Car of the Future in 2013, scoring five wins and establishing himself as BJR’s undisputed team leader.

Speculation was rife in the Townsville paddock linking the 32-year-old to DJR Team Penske, which is expected to expand to two cars next season.

The Ford outfit has Marcos Ambrose under contract for 2016, but doubt continues over whether the former champion will ever return on a full-time basis after his aborted campaign this year.

DJRTP’s apparent need for a proven winner to lead its emergence as one of the category’s powerhouse teams ensures it will play a key role in any shake-up to the grid for next year. 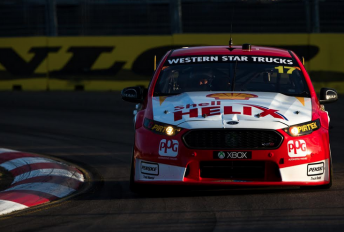 DJR Team Penske is currently assessing its options for 2016

Stressing an appreciation for current driver Scott Pye, who does not currently have a deal beyond 2015, DJRTP managing director Ryan Story insists the team is still in the early stages of assessing its options.

“Our focus is still on 2015 at this point,” Story told Speedcafe.com.

“We have a good understanding of who is and isn’t available, but it has not developed beyond that.”

Coulthard, who has driven Holdens for the majority of his career and enjoys strong links to HSV, says he’s in no hurry to lock down a new deal.

“I’ve been in chats with Brad (Jones) since December last year so obviously its going back and forwards and I want to get the best possible deal I can get,” Coulthard told Speedcafe.com.

“The timeframe it takes doesn’t bother me. I’d rather just get on a drive and let that sort itself out later on.”

Coulthard’s BJR team-mates Jason Bright, who operates on rolling one-year deals with the team, and Dale Wood, are also yet to be locked in for next year.

In BJR’s favour is that it has the #14 Holden’s primary sponsor, Freightliner, signed for a further two seasons, leaving it able to target any of the current free agents if Coulthard does elect to move on. 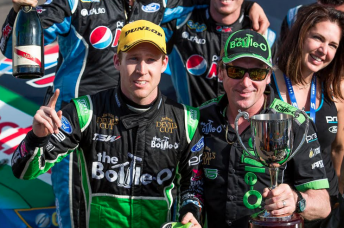 Aside from Coulthard, the majority of off-contract pilots will be directly impacted by yet to be completed sponsorship deals

High profile off-contract drivers David Reynolds (Prodrive), James Moffat (Nissan) and Tim Slade (Walkinshaw) are all in cars that do not currently have a primary sponsor for 2016.

All three teams have expressed a desire to keep their drivers if they can sign backers to match, but such simple resolutions are far from certain.

The Holden at Tekno Autosport set to be vacated by Shane van Gisbergen is a clearly available seat, but is also currently without a confirmed sponsor.

Other uncertainties exist at Garry Rogers Motorsport, where David Wall is on a ‘one plus one’ option contract, and Lucas Dumbrell Motorsport.

Rising star Nick Percat is known to have fielded interest from bigger outfits, despite LDM insisting that it has a two-year deal with the former Bathurst winner.

Percat meanwhile has a long association with Holden and is thought unlikely to move away from the manufacturer in the near future.

The list of those on the outside looking in is headlined by Cameron Waters, who could be loaned to another team by Prodrive if unable to find an opening in its own squad.