Winterbottom: We can win anywhere with FG X

Winterbottom: We can win anywhere with FG X 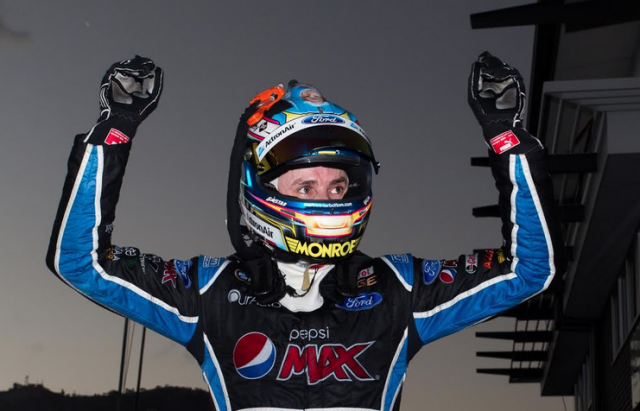 Mark Winterbottom has declared he no longer holds fears for the remaining two street races after his twin Townsville wins.

The Prodrive star admitted he felt uneasy heading to Townsville after struggling on the streets of Adelaide earlier in the season.

Although shying away from talk that his Prodrive Racing Australia Ford team holds a dominant position over the field, Winterbottom is now in no doubt that the Falcon will be strong at all venues this year.

“I think we can win anywhere,” Winterbottom beamed.

“After this round (Townsville), this was the bogey one for me really.

“Homebush (Sydney Olympic Park) and the Gold Coast don’t seem as frightening as they did four days ago.”

Winterbottom remains cautious that Red Bull’s regular spearhead Jamie Whincup is a threat of mounting a rear-guard attack, even though he has dropped further afield and is mired in eighth in the standings.

The Ford star has moved to 1465 points, 246 clear of second-placed Craig Lowndes after six of 14 championship events.

“This time last year he put 600 points in about six or seven rounds. He dominated,” Winterbottom said of Whincup.

“Who knows what he’s going to do.

“It’s definitely not who we are focussed on. Everybody is sort of talking about him.

“It’s probably annoying him more than anything else.

“He’s won six championships (and) he’s not someone you write off, nor that team.