POLL: Are you looking forward to the Gen2 era?

POLL: Are you looking forward to the Gen2 era? 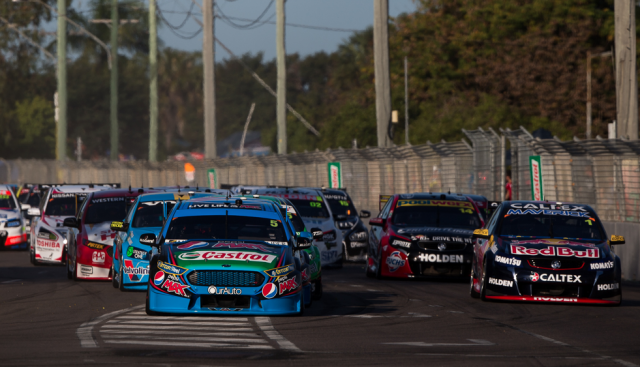 V8 Supercars is just months away from track testing a V6 turbo engine ahead of the introduction of its Gen2 rules in 2017.

Confirming further details of its plans last Friday, the Gen2 concept is arguably the biggest conceptual shift to hit the Australian Touring Car Championship since 1993.

While the current control chassis carries over into the new era, the revised regulations will allow a variety of non-V8 engines and two-door body shapes to compete alongside the existing equipment.

V8 Supercars, or Supercars as it will be known by 2017, is adamant that the category will lose none of its visual or aural splendour amid the change.

Many teams will likely retain their current packages in the short term, but the potential will exist for major deviations from the current V8, four-door sedans.

As previously reported, Holden is already well underway with plans to slip a V6 turbo into its next generation Commodore body.

Elsewhere, there remains hope that Ford can be lured back into the championship with a Mustang, which could also be powered by a V6 turbo.

Nissan is currently assessing its Gen2 plans but appears most likely to stick with its current equipment in the short term, as is Volvo, should it decide to continue in the championship.

V8 Supercars has meanwhile been bullish on the prospect that the rules can lure a new manufacturer.

With much still to unfold before the 2017 season gets underway, we want to know; Are you looking forward to the Gen2 Supercars era?