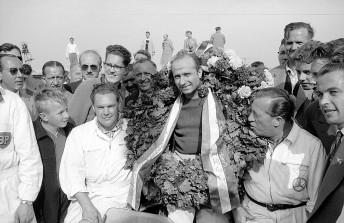 The body of the legendary grand prix driver Juan Manuel Fangio will be exhumed in order for a paternity test to be carried out.

In an extraordinary development, a judge in Argentina has given the go-head for the exhumation to be carried out next month.

The Argentinian died in 1995 at age 84 and was never married nor was he known to have sired any offspring. He is buried in Balcarce, south of Buenos Aires.

The extraordinary move will attempt to verify whether Oscar Espinoza is the son of Fangio.