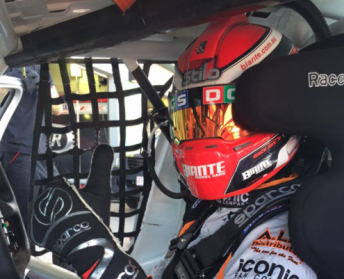 Andrew Jones remains in hospital for observation after withdrawing from the Castrol Townsville 400 due to health reasons.

Jones was taken to a local hospital on Friday after suffering from pain in his chest and shoulder during Dunlop Series practice.

The V8 Supercars co-driver, who was due to contest the Dunlop Series and Australian GT Championship races this weekend, is in a stable condition and is undergoing a series of tests having spent Friday night in hospital.

It remains unclear at this stage when he will be released.

“Some not so good news to share with you this morning,” read a statement from Brad Jones Racing.

“After some chest pains in yesterday’s final practice, Andrew was taken to hospital where he has been overnight.

“He won’t be able to race this weekend but is in a stable condition. No further updates at this time. Thanks for the support and well wishes.”