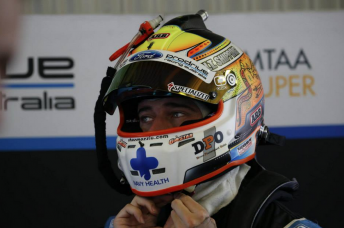 Chaz Mostert cemented Prodrive’s place at the top of the V8 Supercars pecking order by setting the fastest time in final Friday practice in Townsville.

On a circuit layout that had been touted as the last major unknown on the calendar for the FG X package, Winterbottom and Mostert each topped a session during the opening day of track running.

Running on hard tyres, the youngster put in a 1:13.25s best in the final minute of the third half-hour hit-out to edge a soft-shod Nick Percat by 0.05s.

The order was typically impacted by tyres, with those on pre-marked soft rubber mixing it with those on the new hards allocated for practice.

A late effort from Practice 2 pace-setter Will Davison saw the Erebus Mercedes leap into third ahead of Winterbottom and Fabian Coulthard.

Andre Heimgartner concluded a strong run for the Super Black Ford in sixth ahead of Shane van Gisbergen, who clocked 19 laps despite a persistent vibration issue.

Wild moments for the typically spectacular Lowndes provided the majority of the session’s entertainment as the 100-time race winner saved a series of slides.

The motor had been installed at the circuit on Thursday following the late sign-off of upgrades with V8 Supercars.