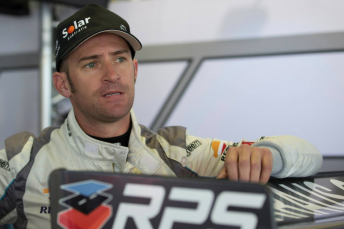 Will Davison made the most of a late run on soft tyres to dominate the field in second practice at the Castrol Edge Townsville 400.

The Erebus Mercedes shot to the top of the order with a 1:13.03s best in the final minutes, pulling almost 0.5s clear of second placed Andre Heimgartner.

The Kiwi had earlier traded the fastest time with the Holden Racing Team’s James Courtney, who were among others to switch to the soft tyres late in the going.

Shane van Gisbergen finished at the bottom of the order after completing just one flying lap, where the Tekno Holden continued its vibration issues from opening practice.

The team elected to sit out the remainder of the 30 minutes as it undertook a transaxle change on the #97 Commodore.

“It’s just undriveable, it makes you feel sick inside the vibration is so bad,” said Van Gisbergen.

“We have the best guys working on the cars but we’re going to lose two sessions. It makes the next one pretty critical for us.

“The car is obviously fast, but we need to get the mechanical side right.”

Tim Blanchard also endured an interrupted session, triggering red flags when he stopped on track at pit entry in the early minutes.