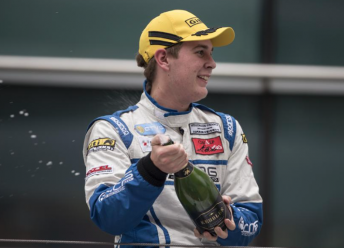 The CAMS Jayco Australian Formula 4 Championship has announced a late addition to the grid for the inaugural round at the Castrol Edge Townsville 400.

The 17-year-old scored a race win on his way to finishing fourth in the Australian Formula Ford Series last year.

Rowe has featured in the Formula Masters China Series this season where he has recorded four podiums in nine races.

“Being a late entry he’s on a plane coming from Perth and will be our thirteenth driver.

“It’s nice to have an extra car on the grid and he’s a good young competitive driver.”

The first official practice session for the Australian Formula 4 Championship will take place at 0740 on Friday.