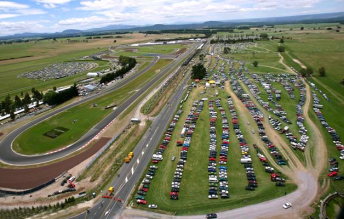 The directors of Taupo Motorsport Park have taken down the ‘for sale’ sign on the circuit after an international tender proved unsuccessful.

Although attracting multiple bidders, including Australian-based entrepreneur Tony Quinn, the venue’s directors said in a statement today that the tender “did not reach a level to satisfy the company’s objectives”.

Taupo has fallen on difficult trading times in the recent past but remains the only FIA certified Grade 2 circuit in New Zealand.

“Several tenders were received. However post-tender negotiations failed to achieve a price which reflected the value of the complex,” TMP director Chris Abbott said.

Abbott had been part of a new board formed in February in a bid to find a solution for the venue’s future.

“While we were going through the tender process we looked at several other propositions,” Abbott said.

“We have re-structured the business from the ground up.

“This has been largely made possible through an injection of bridging capital to assist with unit titling the track’s adjoining business park.

“With a number of business park sales already completed, this has allowed for a stable financial future and we are now looking at new management and marketing strategies”.

The directors have revealed that Richard Izard, a member of New Zealand’s business hall of fame and a major shareholder in the venue, has been invited to join the Taupo board as chairman.

Taupo says that minor changes in the daily operations will be seen in the immediate future ahead of ‘ideas of improved and expanded offerings’.

“While there will only be subtle changes to operations in the immediate future, the management team have ideas of improved and expanded offerings in mind,” Abbott added.

“Taupo is a natural destination for visitors to the region and we see further development of the facility as being an obvious part of the growth of the area, which is something Richard is passionate about.”