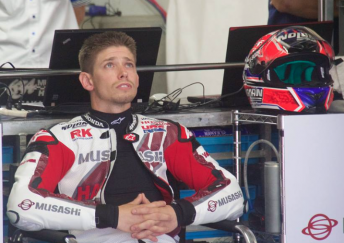 Casey Stoner stepped up preparations for his competitive motorcycle racing return by taking part in the second round of testing for this month’s Suzuka 8 Hour.

Heavy rain restricted running on the first day of the test with Stoner posting his first laps in treacherous conditions.

The Teleru Kohara squad posted the fastest time with a 2:18.964s which was two seconds faster than Team Kagayama, while the Suzuki Endurance Racing Team was third quickest.

The factory Yamaha squad continues to hold the fastest time overall when Katsuyuki Nakasuga clocked a 2:07.013s in the dry at the opening test in June.

Stoner is due to complete more laps when testing continues later today ahead of the main event on July 26.