Whincup: No guarantees from Townsville record

Whincup: No guarantees from Townsville record 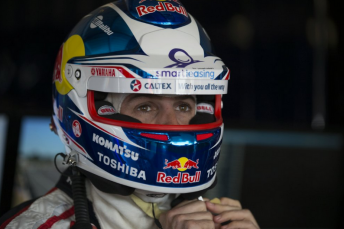 Jamie Whincup’s strong record in Townsville provides no guarantees that he’ll emerge from a form slump this weekend, the six-time champion cautions.

Whincup is the most successful driver in the history of the Townsville 400, taking victory in seven of the 13 races held since the inaugural event in 2009.

The Red Bull star however admits that his confidence has taken a beating of late as a struggle to extract consistent speed from his Holden has brought a run of poor results.

Whincup currently sits eighth in the standings, without a top five finish in seven races.

“My confidence isn’t at a high after the last three race meetings where we’ve really failed to have a quick car,” said Whincup.

“We’ve failed to do the job and I’ve made three or four mistakes the last three race meetings as well, which I’m not too proud about.

“History says we’ve gone well there (Townsville) but that doesn’t guarantee anything this year.

“We’ll go back to the drawing board (ahead of the weekend).

“The drawing board is getting a little bit worn out to be honest, but we’ll try and regroup and get the car as quick as we can.”

Video: Hear more from Whincup and team-mate Craig Lowndes below