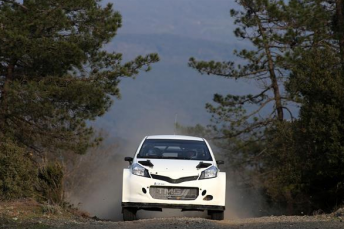 Four-times WRC champion Tommi Makinen will lead Toyota’s re-entry back to the top of international rally from 2017.

Makinen, who won the WRC driver’s title from 1996-1999 behind the wheel of Mitsubishi Lancer Evos, has been installed as team principal, Toyota’s racing arm, GAZOO Racing, has confirmed.

With the car developed out of the same Cologne factory which saw its highly successful Toyota Team Europe WRC operation of almost two decades ago, the squad is yet to finalise a driver line-up.

Toyota President Akio Toyoda, a noted rallying fanatic, will assume the role of team chairman for the WRC outfit which will use Yaris WRC hatches.

“As the pinnacle of rallying, WRC is the best way to experience roads all over the world, that’s why Toyota is returning to the championship,” Toyoda said.

“And I am very happy and excited to have Tommi Mäkinen heading up our WRC team.

“I first met Tommi in 2013. At that time he was my instructor, helping me improve my driving technique.

“In the end, he taught me a lot more; he showed me the appeal of rallying and the relationship between vehicle development and rallying.

“Tommi has abundant experience and fresh ideas for vehicle development, both of which will be valuable assets to us.

“After talking to Tommi, I felt “I want to work with him; I want him to help us make better cars,” and that’s how I came to ask for his support with this project.

“With Tommi behind us, Toyota will forge ahead with our return to WRC and also our efforts to make ever better cars.”