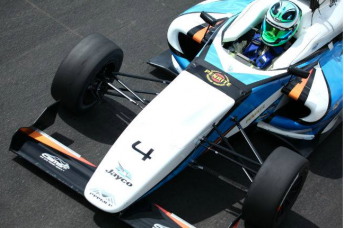 Formula 4 will welcome a 12 car grid at Townsville opener

The CAMS Jayco Australian Formula 4 Championship has confirmed a 12 car grid for the inaugural round at the Castrol Edge Townsville 400.

The opening meeting of the all new junior single seater series will feature five-car entries from Team BRM and AGI Sport and a two-car effort from Dream Motorsport.

While regulations cap teams at four cars, Team BRM and AGI Sport have been permitted to lease a fifth car on a round-by-round basis.

CAMS motorsport development manager Cameron McConville had initially targeted a grid of 15 cars for the opening round and although disappointed to miss the mark, he is optimistic that numbers will increase during the season.

“Hopefully it will continue to climb as we have people come on board during the year as they want to sample it for next year,” McConville told Speedcafe.com.

“I’m confident it won’t decrease and what we will also do we will run a rookie day probably in August and September and invite some go-karters and some kids on other categories that are looking at it to do some laps.”

“It went really well, it was certainly one of the smoothest of test days which is what you want in race week,” added McConville.

“Happily I can report that we have got on top of the technical trouble-shooting issues we had.

“None were big showstoppers but all cars ran smoothly without any issues at all which is fantastic.”

The first official practice session for the Australian Formula 4 Championship will take place at 0740 on Friday.