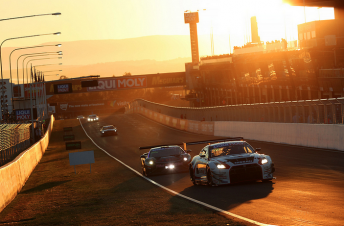 In a shock twist to recent conflict between V8 Supercars and the Bathurst 12 Hour, the touring car category appears set to take over the promotion of the GT event.

The annual Bathurst classic has operated as a partnership between James O’Brien’s Yeehah Events and the Bathurst Regional Council since the event returned in 2007.

Speedcafe.com understands that V8 Supercars is in talks to buy the promotional rights to the race in a deal said to be worth as much as $4 million.

V8 Supercars has a well established in-house events business, which promotes 10 of the 14 race meetings currently on its own calendar.

While O’Brien could not be contacted by Speedcafe.com today, V8 Supercars CEO James Warburton was tight-lipped on any plans the category has for the event.

“I’ve been talking to James (O’Brien) about the dates and those types of things, but other than that the rest is just speculation,” said Warburton.

“All I’ll say is that if we’ve ever got anything to say then we’ll say it.”

February controversially saw V8 Supercars hold its pre-season Sydney SuperTest on the same weekend as the 12 Hour, effectively barring all of the category’s star drivers from racing at Bathurst.

The date clash came after V8 Supercars had unsuccessfully pitched for the broadcast rights to the GT event in a plan that would have seen the race broadcast on Fox.

V8 Supercars later claimed its offer included combining the V8 test and 12 Hour into one event; a proposal that O’Brien denied had ever been put forward.

The debacle saw a significant fan backlash against V8 Supercars, while also causing friction between the category and Nissan, which eventually won the race with its GT-R GT3.

Notably, V8 Supercars’ interest in the 12 Hour comes as it prepares to open its rulebook to GT-type body and engine configurations under the 2017 Gen2 rules.

The category is keen to see ‘hero cars’, such as the GT-R, adapted to its existing control chassis as the Australian road car market moves further away from traditional four-door sedans.

Both V8 Supercars and 12 Hour organisers have meanwhile been looking to expansion into Asia, with Bathurst linked to a potential Stephane Ratel-run Asia-Pacifc GT Series.

A Network Seven television deal and February 5-7 date are already locked in for next year’s 12 Hour event, which is again expected to attract a strong field of international and domestic GT3 entries.