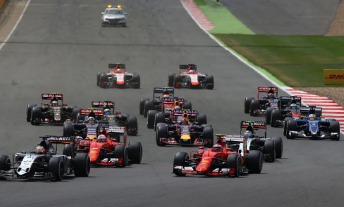 News that the Formula 1 Strategy Group is assessing the possibility of introducing Saturday sprint races next season had tongues wagging at Silverstone.

The Strategy Group announced on Thursday that it has tabled ‘several exciting and innovative’ changes to the weekend format as part of a mandate to rejuvenate the sport.

FIA president Jean Todt had publicly floated the idea of a sprint race earlier last week, provocatively asking ‘why not?’ to the question of a preliminary race spicing up the show.

The seemingly unlikely proposal would prove a major break from tradition, which has seen each grand prix featured a single race since the world championship began in 1950.

Preliminary session formats have however, have been frequently tweaked over the years, and a Saturday sprint to set Sunday’s grid could in effect prove the latest in a series of qualifying revamps.

Multi-race weekends are meanwhile the norm in the bulk of motorsport categories around the world and crucially offer the potential to increase Saturday television audiences.

What do you think? Should F1 introduce Saturday sprint races to grand prix weekends? Vote now on this week’s Pirtek Poll.