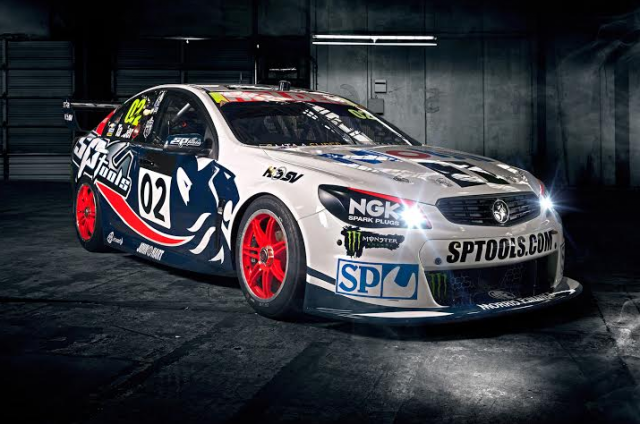 The tribute livery that the HRT Commodores will run in Townsville

The Holden Racing Team will continue its 25th anniversary celebrations in Townsville by running a livery that harks back to its 1997 season.

Both Garth Tander and James Courtney’s Holdens will campaign the retro colours, with the former’s car also running #02 in reference to the late Peter Brock’s famous #05.

The 1997 season was Brock’s last as a full-time driver in the championship, scoring the final race and round wins of his storied career.

Tander, who made his V8 Supercars debut the following year, says he’s hoping to continue the HRT’s strong recent Townsville form while running the one-off colours.

The West Australian scored his only win of 2014 in Townsville and returns to the venue looking to rebound from a tough run that has seen contact with team-mate Courtney at the most recent two events.

“1997 was a big year for the Holden Racing Team with Brock’s last full time year in V8 Supercars, so it’s really special to carry those colours on my HRT Commodore,” said Tander.

“The guys have done an incredible job replicating the livery.

“I was racing Formula Ford at the time and remember seeing huge crowds surrounding Brock and the HRT garage.

“It was really memorable to watch him in his final year, take the round in Perth and win a race at Oran Park, so to now carry the same livery is exciting.

“We’ve had a lot of success at Townsville and I’m hoping we can replicate it, with me first and James second. It would be fitting to do it in the 1997 retro livery.”

The HRT’s 1997 is perhaps best remembered, however, for a disastrous Bathurst campaign that saw all three of its cars out just 52 laps into the 161 lap journey. 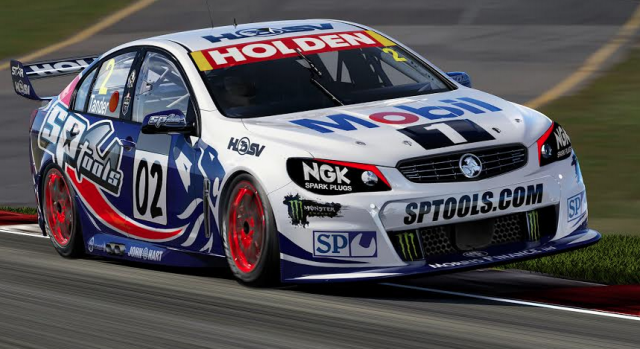 A digital render of the tribute livery