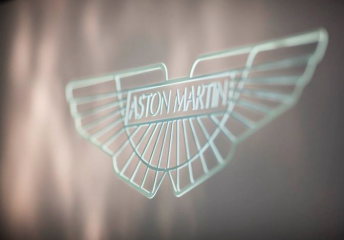 The Aston Martin brand could make a return to F1

The report claims the British marque would become a ‘technical partner’ of RBR under such an arrangement, similar to the team’s current tie-ups with Renault and Infiniti.

The talks are said to have been instigated by Aston Martin boss Andy Palmer who, together with now Aston director of marketing and communications Simon Sproule, were both at Nissan when the Red Bull-Infiniti deal took place.

Red Bull bosses have openly stated that the company is assessing its future options in the sport having heavily criticised engine supplier Renault for its lacklustre results this season.

The team has one year left of its engine supplier contract with the French firm.

Renault has also revealed that it is reconsidering its position in F1, with speculation suggesting it could leave the sport entirely or take over an existing team.

The manufacturer last appeared in F1 in 1960.