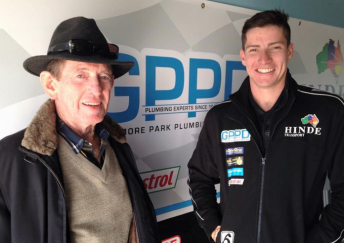 Blighted by mechanical failures in the opening two rounds, the son of two-time Bathurst winner Allan proved unstoppable at the Western Sydney venue.

Making the most of his pole position, Grice (Holden) controlled an early Safety Car restart before pulling away from defending series winner Gavin Ross (Holden) to secure the win.

Ross was eventually demoted to third, behind Simon Tabinor (Holden), in the final result after a five-second post-race penalty.

Thirteen cars took the start of the race, held just days after CAMS announced that it would scrap the category’s national series next year.

Like Formula Ford and Formula 3 organisers, Super Six management has vowed to continue its national series regardless of the governing body’s stance. 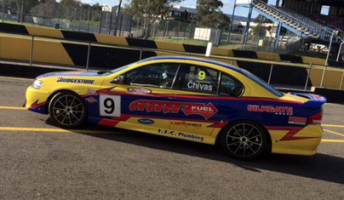 In a further show of intent, category technical director Peter Dane tested a new-generation BA Falcon prototype at SMP on Friday ahead of its planned debut in 2016.

Elsewhere as part of the Shannons Nationals, the GT3 Cup Challenge saw another youngster score a maiden win.

The duo followed home Dylan O’Keeffe, who would be relegated to fourth in the final results after receiving a post-race penalty for a jump-start.

Category pace-setter Ryan Simpson led the race’s first half before colliding with a backmarker and breaking his suspension.

Ricky Capo had earlier gotten the better of a competitive field in the opening Formula 3 race of the weekend, taking back the points lead in the process.

Capo beat title rival Jon Collins to pole by just 0.0035s before taking advantage of his rival stalling on the grid.

That allowed Roland Legge, who had qualified just 0.042s from pole, to take second, while Collins stormed from the back of the 10 car field to third.