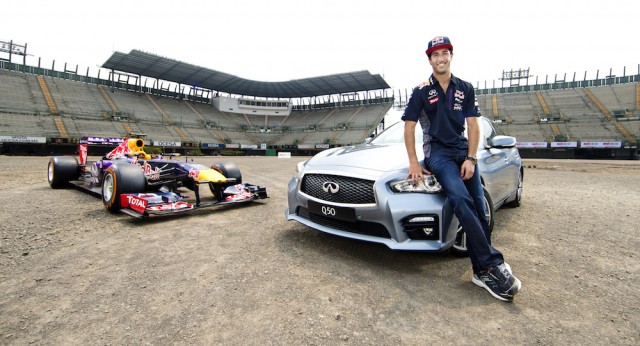 Daniel Ricciardo has become the first of the current crop of Formula 1 drivers to lap the revised Mexican Grand Prix circuit.

The Red Bull Racing driver sampled the new 4.3km Autódromo Hermanos Rodríguez circuit in Mexico City on a promotional trip to the country last week, ahead of this year’s Mexican Grand Prix.

Ricciardo, who also enjoyed a tour of the venue’s new pit and paddock facilities, completed the first ever lap of the newly configured track in a Infiniti Q50 hybrid.

The 26-year-old also drove parts of the circuit in the world championship winning Red Bull RB7, which he shared on the day with Toro Rosso driver Carlos Sainz Jr.

Ricciardo was impressed with the facility and is expecting the circuit to provide drivers with a challenge.

“It was really cool to come and see how the circuit is coming along and to drive around it in the Q50 Hybrid,” said Ricciardo.

“It clearly has a good mix of fast and slow corners which I think will be a real challenge in an F1 car, so I’m looking forward to racing here later in the season.

“I heard that the tickets are already sold out, so it will be a pretty special atmosphere here that’s for sure.”

Mexico rejoins the F1 schedule on October 30-November 1, ending a 23 year hiatus from the calendar. 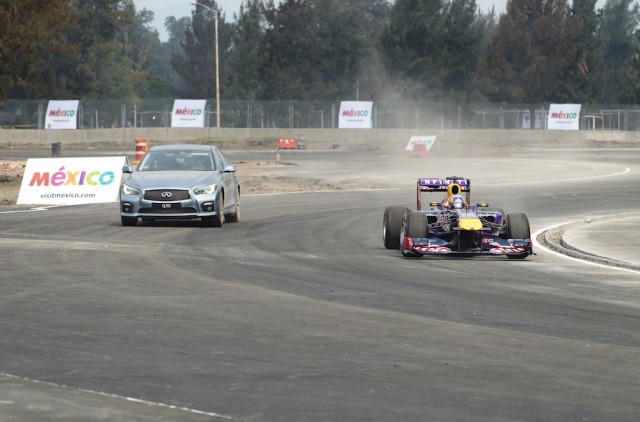