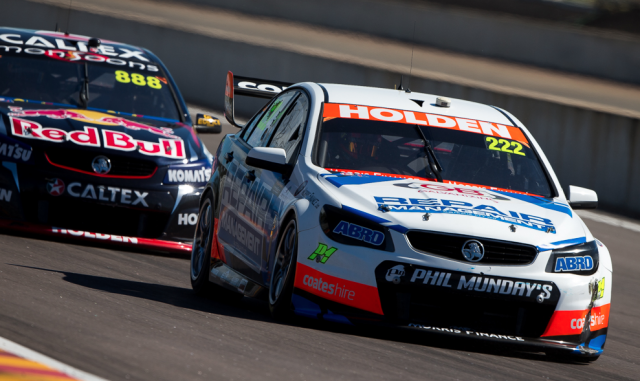 Nick Percat scored LDM’s best finish of the year with sixth last time out at Hidden Valley, holding his own among the top 10 after qualifying eighth.

The 26-year-old has now scored four top 10 finishes from the last seven races to sit 15th in the drivers’ championship,

Although the emergence of the oft-maligned LDM as a competitive force under Hay and Percat is developing into one of the story lines of the season, Hay is determined to keep a lid on expectations.

“Even if we win a race, I’m desperate to keep everyone completely focussed and grounded and just operate under the radar,” Hay told Speedcafe.com.

“We can’t get ahead of ourselves and lose sight of what we’re trying to do.

“We’re still effectively in the grand scheme of things nowhere and we need to keep punching and keep our eyes on the prize.

“If we can do that, maybe at the (end of season) V8 dinner, if we’ve moved up the order, we can look back and be proud of what we’ve done.”

Hay is however hopeful that the team made a genuine breakthrough with Percat’s qualifying performance on Sunday at Hidden Valley.

Aside from a DNF in Saturday’s second Darwin heat, Percat has finished ahead of where he’s qualified in every race this season, pointing to a distinct qualifying weakness.

“Since the start of the year the cars have been faster on roaded tyres than green tyres,” affirmed Hay.

“Putting the greens on, the cars have gone backwards and we lose every bit of set-up that we put into them leading up to that point.

“We had some pretty distinct set-up changes at Hidden Valley trying a heap of different things.

“Townsville is now terribly important to us to prove that what we discovered with the green tyre wasn’t a fluke.

“Qualifying sets up your whole weekend because you’re racing a better class of driver that’ll race you hard, but doesn’t necessarily need to take your mirrors off.

“At Hidden Valley, we could concentrate on racing, rather than just surviving all the action at the back to get to a point where we could race.”

Hay also puts the improved Darwin form down to the first stage of an engine upgrade development program with supplier Noonan Race Engines.

Further upgrades are expected to be rolled out at Queensland Raceway in August, boosting the squad’s hopes for the upcoming Pirtek Enduro Cup.

LDM’s increased credibility is meanwhile helping it strengthen ties with Triple Eight, which has been at arms-length from the struggling outfit in recent seasons.

“Triple Eight are going to assist us with a few more bits and pieces,” said Hay, whose cars were originally built by Triple Eight ahead of the 2013 season.

“It’s nothing major but it keeps the relationship going.

“We basically had to prove ourselves to them and, effectively, we’ve done that.

“We’re definitely moving forward, but we need to make sure we don’t get ahead of ourselves and just keep getting results.” 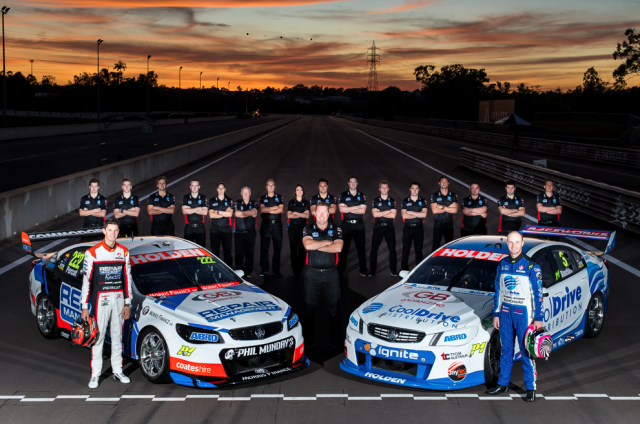 The LDM crew pose for a photo shoot at Hidden Valley