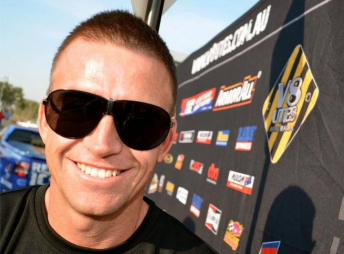 Journeyman racer Marcus Marshall will return to the V8 Ute Racing Series at the Castrol Edge Townsville 400 from July 10-12.

Marshall has been cleared to start at the fourth round of the East Coast Bullbars-backed national series for the Team Kleen Racing Holden squad.

The move comes after Marshall broke a self-imposed three-year sabbatical from motor racing earlier this year when he drove in the Bathurst 12 Hour, winning Class B in a Porsche 997 GT3 R.

Competing full-time in the Australian GT Championship, Marshall has not raced a V8 Ute since his debut in the category at the Barbagallo round in 2011.

“The Utes have changed quite a bit since I last drove them and that was in a Ford,” Marshall said.

“We are extremely honoured to have a driver of Marcus calibre competing in one of our Utes and making use of his vast experience,” Nickolls said.

The #41 Kleen Holden started the season in the hands of Geoff Fane, who is currently serving a ban from CAMS competition following an incident in Adelaide.

Ryal Harris goes into the round leading the points on 291 from Adam Marjoram on 263 with George Miedecke third on 256.